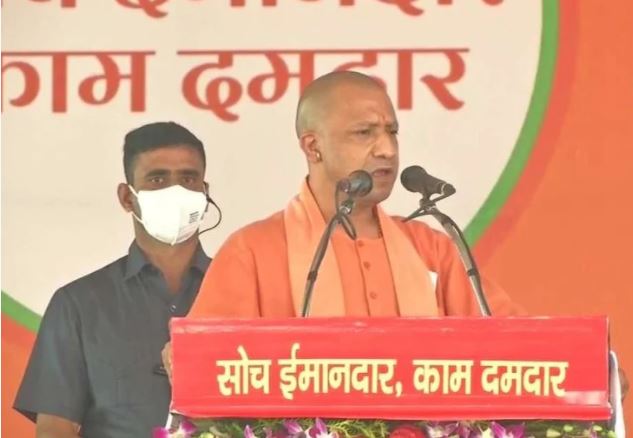 Read:- Amit Shah said in Azamgarh in the roar- Yogi government did the work of getting rid of mafia raj in UP

He said that there was a time when Azamgarh was recognized as a stronghold of terror. The previous governments did the work of promoting casteism, familyism and appeasementism, but our government worked to advance the schemes of public interest. Under the leadership of Prime Minister Narendra Modi, his schemes were successfully implemented in the state.

CM Yogi said that free ration was distributed to the poor for five months in 2020 and eight months in 2021. The previous government used to black-market this ration and send it to Bangladesh. We have given government jobs to 4.5 lakhs and contract jobs to 3 lakhs. This young man who got the job is not from the family of me, Modi or Shah.

Read:- Amit Shah will lay the foundation stone of the university in Azamgarh today, CM Yogi will be involved

Chief Minister Yogi Adityanath took a jibe at SP chief and Azamgarh MP Akhilesh Yadav during the public meeting. Said that AAP MPs did not come among you during the Corona period, but as soon as the time of elections is coming, they have started appearing. It is said that Azamgarh is our work area. This is where I was attacked in 2007. Ajit Rai was murdered in Shibli PG College because he had demanded to sing Vande Mataram on Republic Day. He was a member of the student council. All this happened in the previous government, but in today’s government no one has the courage to do so.