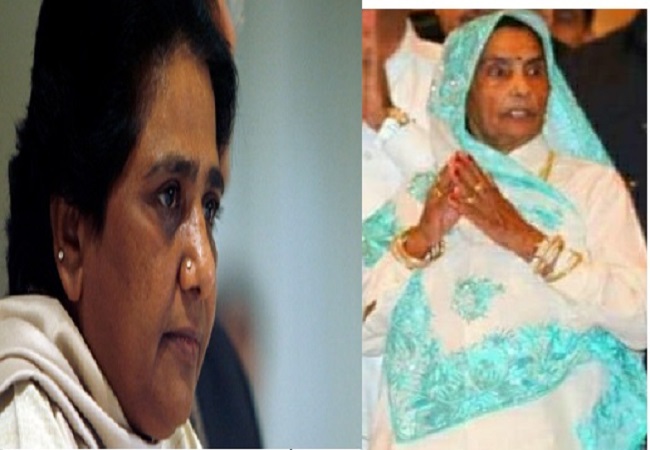 New Delhi. Ramrati, the national president of Bahujan Samaj Party and mother of former UP Chief Minister Mayawati, passed away on Saturday afternoon at the age of 92 in a hospital in Delhi due to cardiac arrest. This information has been given by the Central Office of BSP. The BSP supremo has left for Delhi to attend her mother’s funeral. BSP’s national general secretary and Rajya Sabha member Satish Chandra Mishra said that his last rites will be performed in Delhi on November 14.

It is informed with great sadness that the National President of BSP, former MP and former Chief Minister of UP sister K. @Mayawati Shrimati Ramrati ji, the revered mother of the ji, has passed away today at the age of 92 due to cardiac arrest in the hospital.

Satish Mishra tweeted that “It is with great sadness to inform that the National President of BSP, former MP and former Chief Minister of UP sister K. Mayawati’s Ramrati has passed away today at the age of 92 in the hospital due to cardiac arrest. May nature give strength to all to bear this grief.