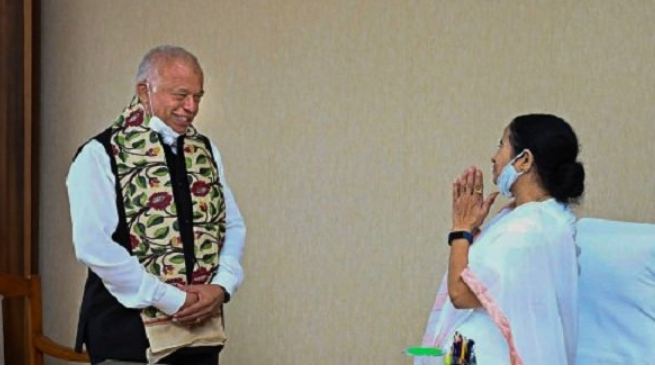 Kolkata: In view of the upcoming assembly elections in the country, TMC has started fixing its nail thorns. TMC supremo Mamata Banerjee is playing one after the other to destroy the fort of the opponents. TMC, which is gearing up for next year’s assembly elections in Goa, has nominated former state chief minister Luizinho Faleiro to the Rajya Sabha. Let us tell you that Luizinho Faleiro had joined the TMC in September after leaving the Congress. Recently, Mamta Banerjee appointed him as the National Vice President of TMC. After this Mamta Banerjee has given him another promotion. The party has decided to send him to the Rajya Sabha.

Read: – Mamta Banerjee nominated Sushmita Dev to the Rajya Sabha, on August 16, the flag of TMC was held

Announcing this on Twitter, Mamata Banerjee said, “We are nominating Luizinho Faleiro to the Upper House of Parliament.

Let us tell you that Luizinho Faleiro had joined TMC after leaving Congress on 29 September.

Let us tell you that TMC has announced to contest the assembly elections in Goa and Tripura. Elections are to be held in Goa next year and in such a situation, the party is paying a lot of attention there.

Read: – Announcement of election dates for six vacant seats of Rajya Sabha and Bihar Legislative Council, know when will the elections be held?