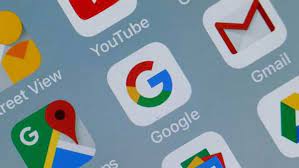 Google’s services have been affected in parts of the UK as users are reporting problems with the platform. Google services including YouTube, Gmail, Google Meet, and others were all affected by the problems, as reported by users and Google’s status page.

Read: – If you have not done this work till yesterday, you will not be able to see the mail on Gmail, pay attention to the important news

We are currently investigating an issue affecting user access to a number of services affecting users in Europe, Google reported The Independent in an update to its status dashboard. It described the problem as a disruption rather than an outage.

The issues did not affect all users but they did affect some as they were unable to be online. However, Google engineers are investigating the problem with its services in the UK.

At 10.30 am Google said: Our team is continuing to investigate this issue. We will provide an update by November 12, 2021, 11:00 UTC with more information on this issue. thank you for your patience. Affected users are unable to access.

Some users in Europe may experience problems when trying to access the Services. The investigation by Google includes services for platforms such as Google Calendar, Chat, Groups and Meet, saying they are also having trouble with YouTube.

According to Downdetector UK, the problems started before 8:45am in the UK and around 1000 people were having trouble with the Google platform and around 400 people have reported similar issues with YouTube – which Owned by Google.