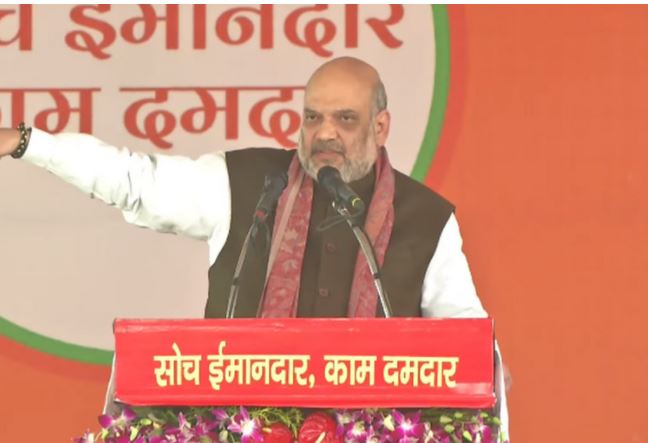 Azamgarh . Union Home Minister Amit Shah laid the foundation stone of the university in Azamgarh on Saturday. After this, while addressing the public meeting, Shah said that Azamgarh, which was known today as a haven of fundamentalist thinking and terrorism in the world under the SP rule. Today the work of making the Dham of Mother Saraswati is going to be done on the same land of Azamgarh.

Read:- Azamgarh was identified as a stronghold of terror in the earlier governments: CM Yogi

Home Minister Amit Shah said that the BJP had said in its manifesto in 2017 that 10 new universities would be built. Today the work of setting up 10 universities has been completed. We had promised to build 40 medical colleges, we have fulfilled this promise too. In UP, under the leadership of Prime Minister Narendra Modi, Chief Minister Yogi Adityanath has made many changes. Earlier, the rule of casteism, familyism and appeasement used to run here, everyone did not get justice. CM Yogi has worked to put a complete stop on casteism, familyism and appeasement.

Meaning of JAM in BJP and SP explained

Read:- Amit Shah will lay the foundation stone of the university in Azamgarh today, CM Yogi will be involved