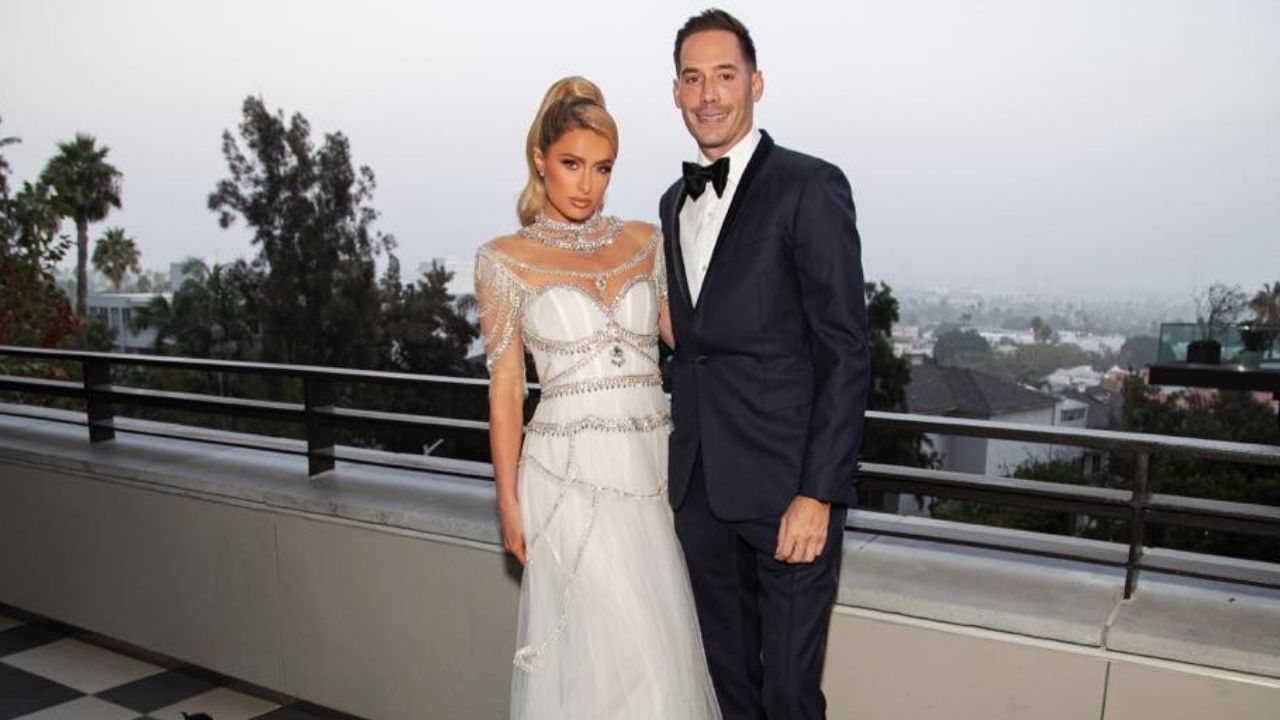 A big news has come out for the fans of Hollywood actress, singer and model Paris Hilton. This Hollywood beauty has given a name to her relationship by marrying her boyfriend Carter Rem during a grand ceremony. Paris married Carter on November 11 in a very grand ceremony in Los Angeles, USA.

In which many big stars of Hollywood made their presence felt. The guest list included notable names like Emma Roberts, Evan Ross, Kim Kardashian and Babe Rexha. The news of Paris wedding remains a topic of discussion around the world today. This Paris wedding will be shown on Peacock TV, whose first episode is ready. Paris has also posted it on her Insta.

Not only Paris Hilton’s talent but also due to bold look and style, fans are present all over the world. In such a situation, the actress shared the news of her marriage with her fans on her official account. Apart from pictures, he has also shared videos. In one picture, Paris is looking very beautiful in a white wedding gown.

For the special occasion, Paris chose the bridal gown of Oscar de la Renta. In whose caption he wrote, ‘Forever, starting today. Along with this, she also showed her engagement diamond ring on the camera. If reports are to be believed, Paris Hilton’s engagement ring is worth $2 million. The ring was designed by Jean Dusset, the great-grandson of Louis Cartier.

In the picture, she was seen hiding her face in a net dupatta. In another picture, she is seen kissing her husband. Comments are coming from all over the world on this stunning look of her, as well as Hollywood stars are congratulating her on her marriage.

Carter proposed to Paris in a special way

Socialite Paris Hilton’s husband Carter is an entrepreneur. Carter also runs an investment company named M13. Paris is dating her since 2019. The two have an old friendship of 15 years. It is said that Carter proposed to her in a very romantic way on the beach. He expressed his love by giving a diamond ring. After which this couple got engaged in February this year. This is the fourth time that Paris has engaged with someone. Prior to this, she has been in limelight for her relationship with Jason Shaw in 2002, Paris Latsis in 2005 and actor Chris Zylka in 2018.