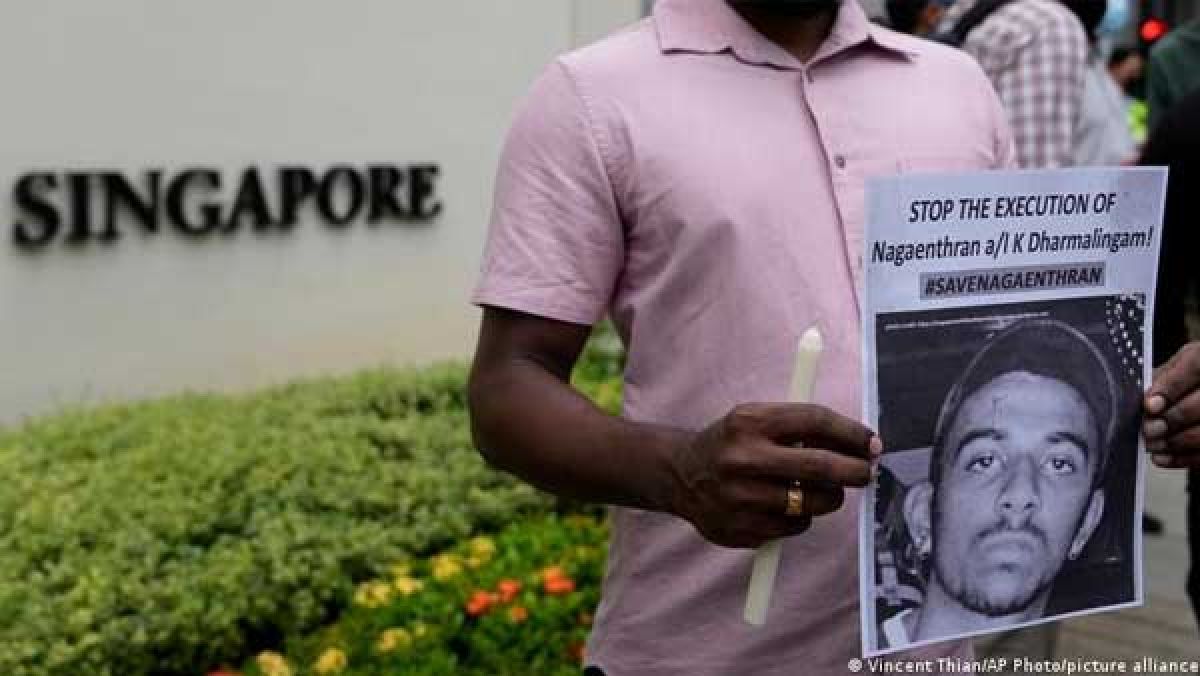 Singapore, Nov 13: Singapore has defended its judgement on the death sentence of a 33-year-old Indian-origin Malaysian drug trafficker at the highest level with both the prime minister and the foreign minister writing to their Malaysian counterparts, pointing out that the convict has been accorded due process under the law of the city state.

Prime Minister Lee Hsien Loong and Minister for Foreign Affairs (MFA) Dr Vivian Balakrishnan have replied to their Malaysian counterparts over the case of Nagaenthran K Dharmalingam whose execution has been stayed after he tested positive for COVID-19 while his last bid appeal was heard on Tuesday, a day before the hanging.

“Prime Minister Lee Hsien Loong and Minister for Foreign Affairs Dr Vivian Balakrishnan have replied to their Malaysian counterparts to convey that Nagaenthran A/L K Dharmalingam has been accorded full due process under the law,” an MFA spokesperson said in response to media queries on Friday.

Nagaenthran was sentenced to death in 2010 for importing 42.7 grammes of pure heroin into Singapore in 2009 in a bundle strapped to his thigh, and has since been on death row. He was 21-year-old at the time of arrest.

Defence lawyer M Ravi filed a court application on November 8 this year stating that Nagaenthran possesses the mental age of someone below 18. He argued that judicial mercy should be exercised to grant Nagaenthran a reprieve from the execution of the death sentence, pending further psychiatric examinations and reports on his mental state.

On Thursday, Singapore’s Ambassador Umej Bhatia told the United Nations in Geneva that the High Court had found Nagaenthran was on borderline intellectual functioning but did not suffer from mild intellectual disability.

Bhatia responded to a joint urgent appeal from four special UN rapporteurs, who on October 29, called on Singapore to definitively halt Nagaenthran’s execution, saying he had psychosocial disabilities.

Bhatia said that the High Court had, at Nagaenthran’s resentencing hearing several years ago, specifically considered whether he met the diagnostic criteria for intellectual disability under the Diagnostic and Statistical Manual of Mental Disorders (DSM-V), which included, among other things, deficits in intellectual and adaptive functioning.