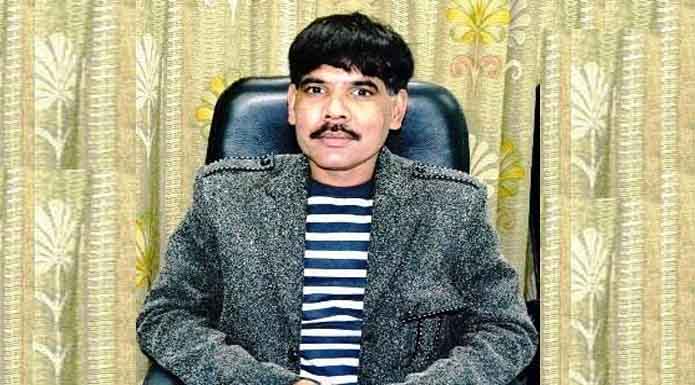 Lucknow. Aarakshan Bachao Sangharsh Samiti, UP Sanjojak Mandal has included the 117th pending bill of reservation in promotions in the manifesto of all political parties in the Lok Sabha. Along with this, there has been a demand to restore Section-3(7) of the Reservation Act 1994 in UP and clear the stand of his party. For this, on Sunday, the Convener Board spoke to senior leaders of Bahujan Samaj Party, Samajwadi Party Congress and Bharatiya Janata Party Rashtriya Lok Dal and raised the demand to clear the party’s stand and include the bill of reservation in promotions in the manifesto. Also said that the 8 lakh reservation supporters of the state will reveal their final strategy after the release of the manifesto of all the parties or their stand is cleared by the Sangharsh Samiti Convenor Mandal. The Modi government at the Center should get the reservation bill passed in promotion for the constitutional rights of Dalits without delay.

Read: – Big announcement of CM Yogi, 13 lakh farmers will get direct benefit like this

While discussing the reservation bill in promotion, the Sangharsh Samiti has launched a scathing attack on the Central and UP government. Said when the assembly elections are near. Then the representation of Dalit high officials in the main departments is a matter of concern. After the end of the system of reservation in promotion in UP, the representation of Depressed Classes in high posts in any department has become almost negligible. Electricity, agriculture, irrigation and public works departments connected with the public sector, where representation was visible in some posts at the time of the system of reservation in promotion. Now it has become insignificant. The figures released by the Sangharsh Samiti will automatically reveal the situation.

Awadhesh Kumar Verma, KB Ram, Dr. Ram Shabd Jaiswara, RP Kane, Anil Kumar, Ajay Kumar, Shyam Lal, Ajay Kumar, Anjani Kumar, Bindra Prasad, Premchandra, Ajay Chaudhary, the convenors of Aarakshan Bachao Sangharsh Samiti, said that this So the example is just this, more or less, this is the situation in all the departments. The Congress was earlier responsible for not passing the pending bill in the Lok Sabha. After this, if the bill pending in promotion would have been passed by the Modi government about 8 years ago. So today this situation would not have happened. Even though the Yogi government is telling Dalit officers to be in high positions, but the figures are revealing the situation. She is very pathetic. Due to the end of the system of reservation in promotion, today the Dalit workers have been completely marginalized and their representation has become zero.

Read: – UP Elections 2022: Big decision of Yogi government before elections, 50 percent discount in electricity rates given to farmers