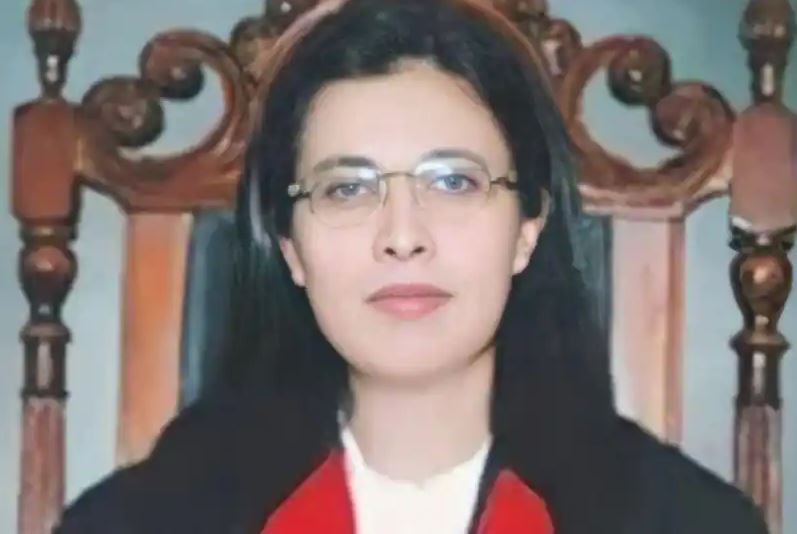 New Delhi. This is going to happen for the first time in the judicial history of Pakistan. When a woman will become a judge in the Pakistan Supreme Court. Let us tell you that the way has been cleared for the appointment of Ayesha Malik, the first woman judge in Pakistan. The High Level Judicial Committee has approved the appointment of Judge Ayesha Malik of the Lahore High Court.

Let us tell you that Ayesha Malik is on the threshold of creating this history on the basis of her hard work, dedication and honesty. Now after getting approval from the parliamentary committee, she will achieve this status, which is no less than a dream for the women there.

Know who is Ayesha Malik?

Born on June 3, 1966, Ayesha Malik graduated from the Government College of Commerce and Economics in Karachi after her early studies at Karachi Grammar School. After this he was inclined towards legal education and after taking a degree from the College of Law in Lahore, he studied LLM from the Howard School of Law in Massachusetts, USA in America. He was elected a ‘London H. Gammon Fellow’ in 1998-1999.

Read:- There should be an autocratic government in the country for 15 years, only then will the solution of complex problems: Hasan Nisar

Ayesha Malik started her career with Fakhruddin Ji Ibrahim & Co in Karachi and spent four years from 1997 to 2001. Over the next 10 years, she earned a lot of fame and was associated with many famous law firms. In 2012, she was appointed as a judge in the Lahore High Court and became a big name in the world of law. The recent appointment of Ayesha, who is often in the news for her fair and impeccable decisions, has been opposed by some judges and lawyers. They have raised questions on Ayesha’s seniority and her eligibility for the post.

However, the Women in Law Initiative-Pakistan has responded to this protest by citing 41 earlier occasions when appointments were made without seniority. Last year, the judicial commission had refused the appointment of Ayesha to the post. Ayesha Malik is considered an advocate of women’s rights in the country and she has also made efforts in this direction. An example of this is his landmark judgment last year, in which he quashed a controversial trial on women in rape cases that often helped the accused escape the brunt of the law.

Many celebrities of Pakistan have supported the appointment of Ayesha Malik. Malika Bukhari, MP and Parliamentary Secretary for Law, MP and Parliamentary Secretary of the ruling Tariq-e-Insaf Party, tweeted on his appointment, ‘An important one for the country. And the defining moment when a brilliant lawyer and a fine judge was made the first woman judge of the Supreme Court of Pakistan. Traditions are breaking down.

Read:- Former players of India and Pakistan will be face to face again, know where the match will be