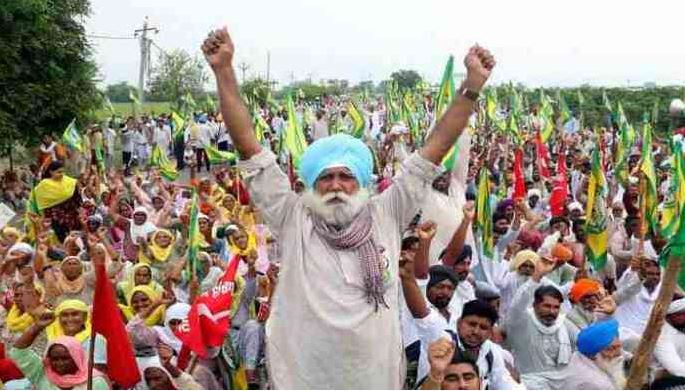 New Delhi. From the month of November 2020 to the end of 2021, the farmers of the country sat on the borders of Delhi in protest against the three agricultural laws brought by the Central Government. During the last months of the year 2021, the Prime Minister of India, Narendra Modi, decided to withdraw these laws and urged the farmers to take them back home. To cherish all the memories related to the movement, the Aam Aadmi Party government of Delhi has prepared a plan.

Read:- PM Modi’s security lapse or something else?, Khalistani organization had posted full VIDEO a year ago

The Delhi government has prepared a plan to build entrance gates at 12 major entry points of the state. Especially at the entrance along the tikri border. The scheme has also been approved by the cabinet last year. Under the scheme, the Delhi government will build five entrance gates in the first phase. These five entrances will be made at Gurgaon border, Tikri Kalan border, Ghazipur border, Apsara border and Anand Vihar border near Kaushambi.

The beautification of the entrance gate at the Tikri border will show a glimpse of the rural areas of Delhi, including the portrait of the Kisan Andolan. The Delhi Urban Art Commission (DUAC) has approved a proposal to construct an entrance gate at the Tikri border. Apart from this, beautification of area up to 200 meters at the entry point has also been approved. These gates will be constructed by Delhi Tourism and Transport Development Corporation.

The following will be done:

1: Beautification will take place 200 meters from the entrance.
2: Welcome to Delhi, it will be displayed effectively.
3: The metro line portion will be made attractive.
4: Rashtrapati Bhavan, India Gate and Dandi March etc. will be shown artistically.

Read :- Kisan Andolan: Rakesh Tikait released the poster of Ghar Wapsi, know what will be the route?