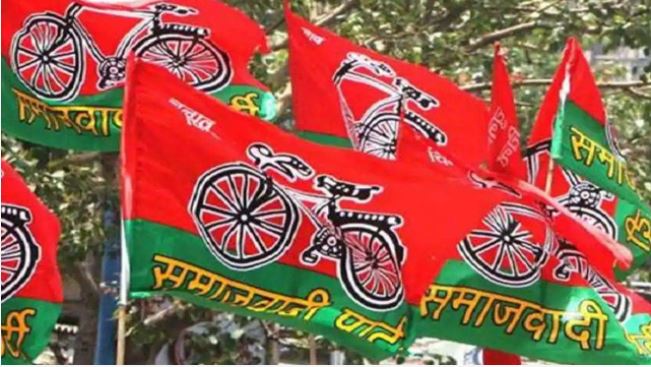 Lucknow. The Election Commission has taken a big decision due to the increasing graph of corona infection between the upcoming assembly elections 2022, which are going to start from next month in five states including UP. Rallies, public meetings, street corners have been banned by the Election Commission till January 15. Ever since this ban has been imposed, all the parties have started trying to reach out to the voters through digital campaigning. Just two days have passed after getting instructions to do digital campaign that the Samajwadi Party has made a big allegation on the administration.

Read: – UP Election 2022: Keshav Prasad Maurya, said – no effort is being made to persuade Omprakash Rajbhar

Expressing their concern, some leaders said that the administration is weakening the internet speed and connectivity in the strong stronghold areas of SP, so that the campaign can be affected. There was a lot of excitement among the people regarding the upcoming 2022 assembly elections. But the increasing graph of corona infection has become a matter of concern for the government. Keeping this in mind, the Election Commission has issued an order to do digital campaign by January 15.

But looking at the cases of the Omicron variant of Corona, it seems that the entire campaign can be digital. For which all the political parties have intensified their preparations. SP has also prepared a strategy for digital campaign and has decided to make WhatsApp the main weapon. Let us inform that the Samajwadi Party says that their entire focus will be on short videos, which can be downloaded easily and people’s data is also less expensive and door-to-door campaigning will be started.

Let us inform that Akhilesh Yadav held a meeting with the party’s media panelists and workers on Saturday. During the meeting, Akhilesh Yadav took their suggestions from the team. The party is considering how to run the campaign smoothly. Let us tell you that the digital wing of the Samajwadi Party has created many WhatsApp groups and through them content is being delivered to lakhs of people. In every assembly, 8 to 10 WhatsApp groups have been prepared by the SP. 256 people have been added to each of these groups.

Read: – Up Corona Virus: The number of corona infection is increasing every day in UP, 7695 cases found in 24 hours