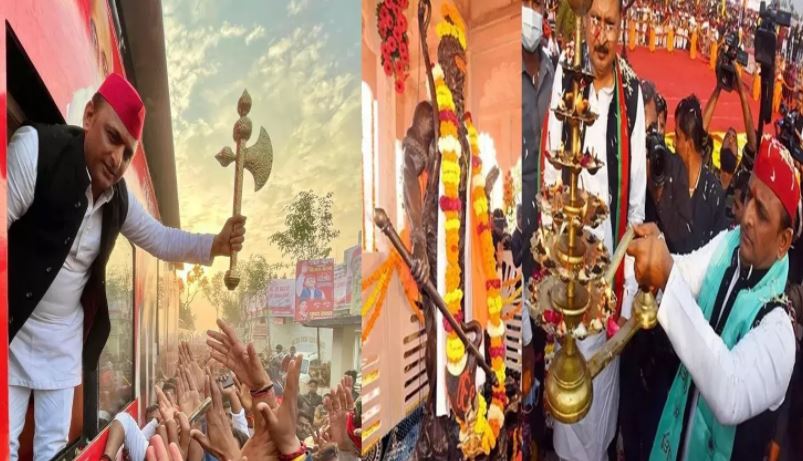 UP News: All the parties are playing their bets to woo the Brahmin voters in the Uttar Pradesh Assembly Election 2022. Along with BSP-BJP, Samajwadi Party also played a big bet. SP National President Akhilesh Yadav had dedicated the temple of Lord Parashuram in Mahurakala village on January 2 in the 10th phase of ‘Samajwadi Vijay Rath Yatra’.

Read:- SP administration made big allegations regarding digital campaign, internet speed and connectivity are being weakened 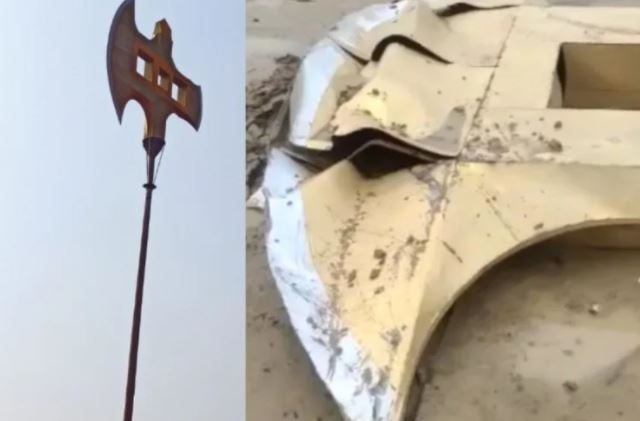 During this, a 68 feet furrow was also installed in front of the temple. On Monday, this ax broke and fell due to strong winds. At the same time, now Akhilesh Yadav has once again come under the target of the opposition.

Political experts are giving their opinion regarding this move of Akhilesh Yadav. Experts say that the SP is trying to draw a new line by adding the name of Lord Parashuram and its own work. In comparison to the Hindutva of the BJP, it is trying to dent its SP Brahmin votes.

Read: – UP Election 2022: Free laptops will be given to the students if the government is formed, Akhilesh Yadav made a big announcement