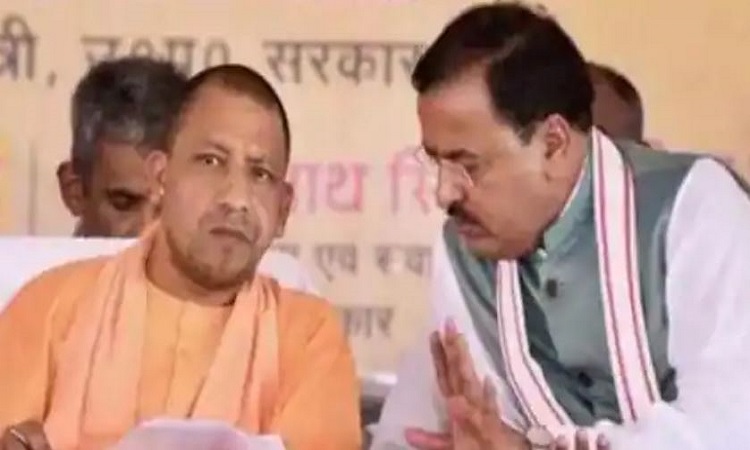 UP Election 2022: The Bharatiya Janata Party has started preparations for the 2022 Uttar Pradesh assembly elections. The names of the candidates for Phase I and Phase II will be discussed today. Polling is to be held in the first phase in 58 seats in 11 districts of Western UP and 55 seats in 9 districts in the second phase. The Central Election Committee of the BJP will brainstorm on the names of the candidates for this assembly seat today.

Read :- UP Election 2022: On what force is Omprakash challenging the BJP, know where is the influence of Rajbhar fraternity

The meeting will be held at the party office in Delhi.
Before the announcement of the candidates, a meeting will be held at the Delhi BJP office today. In this, many office bearers of the organization including CM Yogi Adityanath, Deputy CM Keshav Maurya, UP State President Swatantra Dev Singh have reached there. In this meeting, the election in-charge of the party, Dharmendra, General Secretary, Organization Sunil Bansal and state in-charge Radha Mohan Singh will also be present. It is being told that in this meeting there will also be a discussion about the sitting MLAs. Along with this, a decision can also be taken to cut the tickets of MLAs with bad image. If sources are to be believed, the decision regarding this was also taken at the meeting held in Lucknow on Monday.

Strategy will be made for election campaign
If sources are to be believed, in this meeting to be held in Delhi, a strategy will also be made regarding the election campaign. Along with this, who should be included in the star campaigners, it will also be considered. Actually, due to Corona, the rallies have been banned till January 15. In such a situation, parties have to hold rallies in a digital way, which remains a big challenge for everyone.