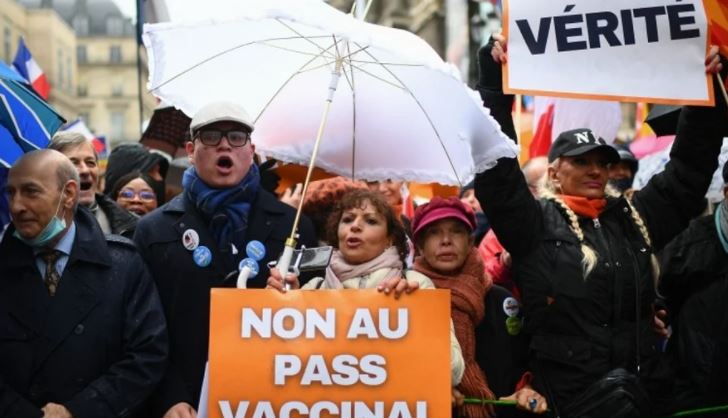 France : The whole world is battling the corona epidemic. Strict restrictions are being imposed in the world to prevent the effect of virus infection. Protests are also being held in many countries around the world regarding the strictness of Kovid rules. In France, a large number of people have taken to the streets regarding the Corona laws. People in the country are seen against the new ‘virus law’. People took to the streets to protest the law, under which strict restrictions will be imposed on those who do not vaccinate Kovid-19. Many political parties also protested by gathering in large numbers near the Eiffel Tower in the capital Paris. According to reports, the draft bill is still being debated in the Parliament. The protest was organized by anti-EU presidential candidate Florina Philippot.

Demonstrators flaunted French and local flags in Paris. They were holding banners in their hands, which read, ‘It is not the virus they want to control, it is you who they want to control.’ People are linking the government’s repeated appeals for vaccination with their freedom.