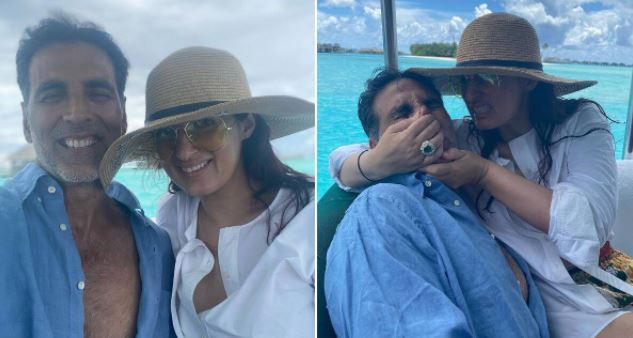 Read :- The magic of Akshay Kumar and Emraan Hashmi will play on the silver screen

Twinkle said that she does not believe in astrology but my father and that astrologer used to tell me that we were made for each other. Let us tell you that in January 2001, both of them got married. Bollywood’s Khiladi Kumar had many affairs even before, but after his marriage to Twinkle Khanna, he became stable and the pair was named as a power couple.

Sharing this picture, Akshay Kumar and Twinkle Khanna wrote on Instagram that if we just smile at each other like we smile to take a selfie when the camera is taken out, then maybe divorces will start decreasing. These thoughts of Akshay show how mature both of them are regarding their relationship.