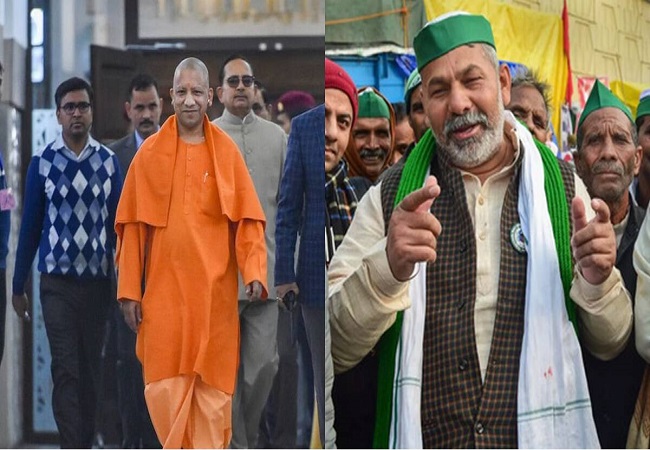 UP Election 2022: Bharatiya Kisan Union (BKU) reached Prayagraj on Sunday to participate in a three-day contemplation camp in the Magh Mela, in the midst of the UP assembly elections, farmer leader and national spokesperson of BKU Rakesh Tikait. Where Rakesh Tikait was welcomed by showering flowers in the Chintan Shivir being held after two years.

Read :- Punjab Election 2022: Election date changed in Punjab, now voting will be held on this day

Tikait said that the opposition should be strong at the center as well. On the question of support in the assembly elections in the state, he said that there is no opposition to any party. In the Panchayat of Sisauli, some leaders brought symbols. Anyone who comes to him will welcome everyone. He said that the farmers of Prayagraj were not getting the minimum support price for paddy. MSP does not come under the purview of the code of conduct. This issue will be seriously discussed in the Chintan Shivir of the farmers. Will talk to the governments of the states where elections are not being held on the remaining issues of the agreement. Said that now there will be talks with the new government in UP.

On the agenda of the Chintan Shivir, Rakesh Tikait said that the 13-month-long farmers’ agitation, the promises made in the agreement of the MSP, the government, the cases registered against the farmers in Lakhimpur Kheri, will be contemplated. On January 31, BKU will hold demonstrations at all district and tehsil headquarters on these issues.

Tikait claim, country’s farmers divided on the basis of caste-religion

Rakesh Tikait said that the farmer of the country is divided on the basis of caste and religion. Even after 13 months of agitation, farmers are not worried about not getting the minimum support price. The BKU leader said that this had to happen before the elections. Pointing to a party, he said that the issue of caste-religion is raised right before the election. The employment of farmers, laborers, tribals and youth is not being talked about. This issue will disappear in the election.

Rakesh Tikait is reaching Lakhimpur Kheri on a three-day tour on January 21. Where he will meet the families of the aggrieved farmers. Apart from this, he will meet the farmers in jail. Along with this, he will talk to the district officials to withdraw the cases registered against the farmers and give compensation to the dead farmers. The farmer leader said that the officials had made all the promises.