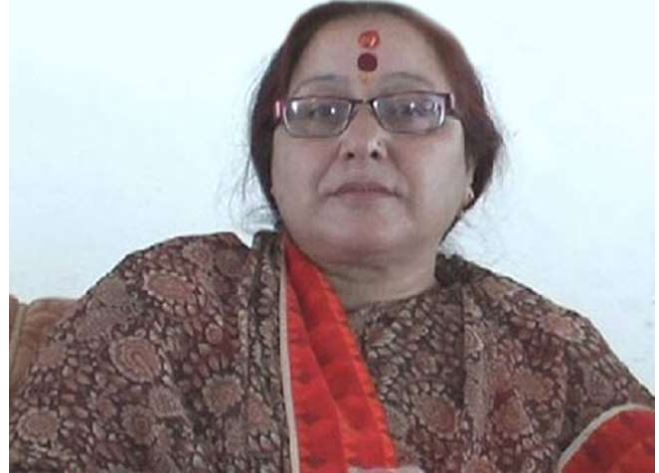 Uttarakhand Election 2022 : Ahead of the Uttarakhand assembly elections, the Congress party suffered a major setback on Monday. Party’s State Mahila Congress President and former MLA Sarita Arya has taken the flag of BJP today. He was inducted into the party’s office at the BJP office in Dehradun. Please tell that Sarita is angry with Yashpal Arya and his son Sanjeev Arya coming to Congress. She wants to contest from Nainital seat.

Read :- Uttarakhand Assembly Election 2022: BJP may cut the address of 10 to 15 sitting MLAs

The Congress has suffered a major setback amid the news of Minister Harak Singh Rawat joining the Congress. Congress women’s state president Sarita Arya was upset over the low participation of women in the party. In Dehradun, CM Pushkar Singh Dhami got Sarita Arya to join BJP.

Meanwhile, Uttarakhand Congress has also issued a letter informing about the expulsion of Sarita Arya from the party for six years. It is written in the letter that the image of the party has been tarnished by his rhetoric. Just on Saturday, Sarita Arya had raised questions on her campaign ‘I am a girl, I can fight’ while in Congress. He had said that we have hope from this slogan. Sarita Arya had said that we demand to reserve 20 percent tickets for women in Uttarakhand elections. Arya had further said that some women tell me that if you could not get a ticket for yourself, how would you get it for us?