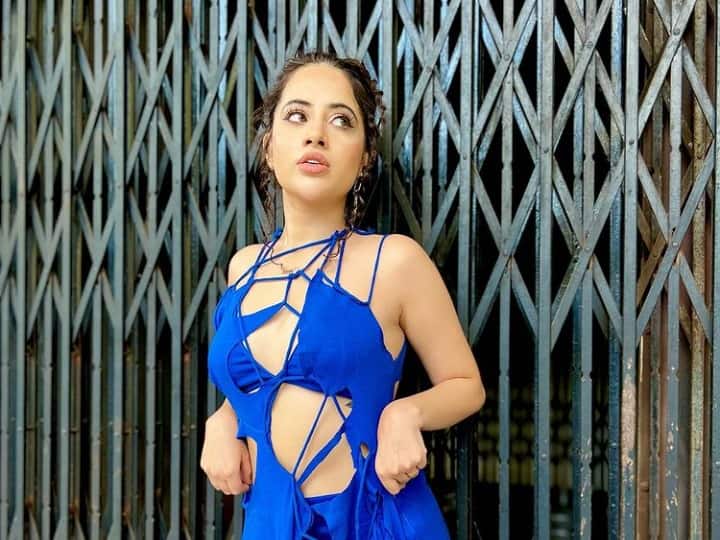 Urfi Javed Punjabi Music Video Debut: Bigg Boss OTT fame Urfi Javed remains a part of the headlines these days. She has always been a part of the discussion due to her fashion sense. She keeps getting photoshoots done every day, whose pictures she keeps sharing on social media. This style of Urfi is very much liked by his fans. After making a splash in Bigg Boss OTT, now Urfi is going to be seen in the music video. She is going to debut with Punjabi Music Video.

Urfi was recently spotted at the Mumbai airport. She has come from Chandigarh after finishing the shooting of her upcoming Punjabi song. She is going to debut with Punjabi music video. For which he is quite excited.

shot a song in the cold
Chandigarh is known for being cold, especially at this time of the year. Urfi shared his experience of shooting in such cold weather. She said- I do not like winter at all and I cannot even stand in the cold. Because of which it was very difficult for me to work in that cold. I don’t understand how people work in such cold weather. I gave my 100 percent in shooting.

Will win the hearts of fans by becoming a Punjabi girl
When Urfi is going to step into the Punjabi industry, she told that she will be seen playing the role of a Punjabi girl in this song and will be seen in an Indian outfit. Urfi told that I was very excited for this because I was going to do something different.

Ananya Panday locked herself in the bathroom for 20 minutes after listening to the script of Gehraiyaan, know what was the matter

Let us tell you that Urfi Javed was last seen in the song Chat Soniye. This song of his was very much liked. Now his fans are waiting for his more projects.