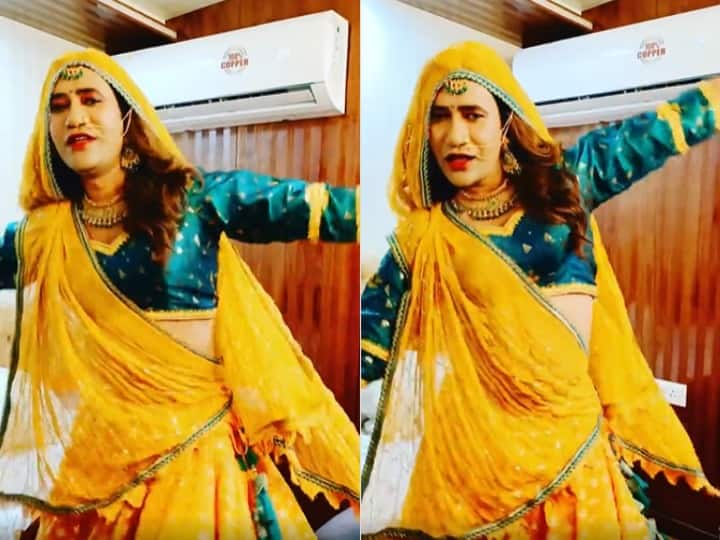 Nirahua New Look: Bhojpuri star Dinesh Lal Yadav aka Nirahua has won the hearts of fans with his superb acting. He remains in the discussion among the fans because of his films. Nirhua is also very active on social media. He keeps on informing the fans of his upcoming films through social media. Also, he keeps sharing his videos and pictures which become viral as soon as they are posted. This time Nirahua has shared his video in a new look which has gone viral. In this video, Nirhua is seen dancing wearing a lehenga-choli.

Nirahua has shared his look from his upcoming film Naach Baiju Naach. This is the upcoming film of Nirahua. He has shared his look from this film. In the video, Nirhua is seen dancing wearing a lehenga-choli. She is wearing a yellow and blue colored lehenga. While sharing the video, Nirhua wrote – Naach Baiju Naach. new look. Very excited for this film, Chachu.

Samantha Ruth Prabhu collected crores of rupees from the makers for Pushpa’s hit item number, you will be stunned to see the amount written on the check

celebs commented
Seeing this look of Nirhua, the celebs have become quite excited. Many celebs and fans are commenting on the video. Bhojpuri actress Amrapali Dubey commented. He wrote- A Chhamiya, moving from 9 to 12. While a fan commented – I started feeling dizzy. Nirhua’s look is being praised everywhere. One fan wrote – Jhakkas, you are looking very good, brother.

Talking about the workfront, Nirahua keeps sharing pictures from the sets of his film Naach Baiju Naach. He keeps sharing his photos every day. After seeing this look of her, the fans are now eagerly waiting for this film. Soon many films like his Dulha Hindustani, Aai Milan Ki Raat are going to be released.