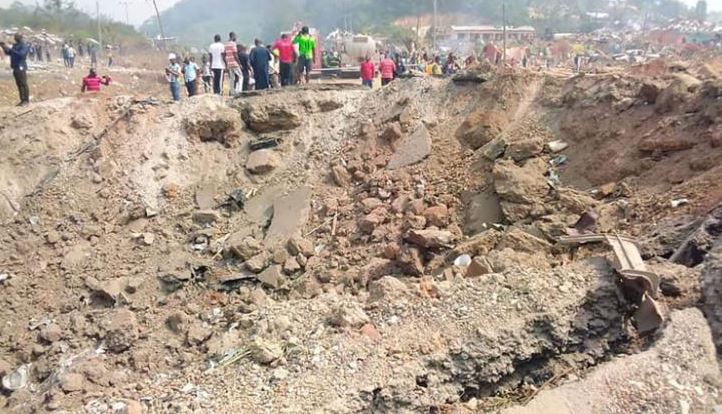 Ghana Explosion : A major accident occurred in western Ghana when a truck loaded with explosives exploded. About 17 people are reported to have died in this accident. The explosion in a truck laden with explosives took place when a motorcycle coming from the opposite side collided with the truck. Looking at the impact of the explosion, it is being speculated that some more people may have died. According to reports, several buildings have collapsed due to the explosion in which many people and animals were trapped under the rubble. Police who arrived for relief and rescue said that most of the victims have been rescued and admitted to hospitals and clinics.

A police statement said that the emergency service personnel have been activated. People are being appealed to maintain peace. Police have directed health workers, including the Ghana National Fire Service, NADMO and Ambulance Service, to handle the situation.