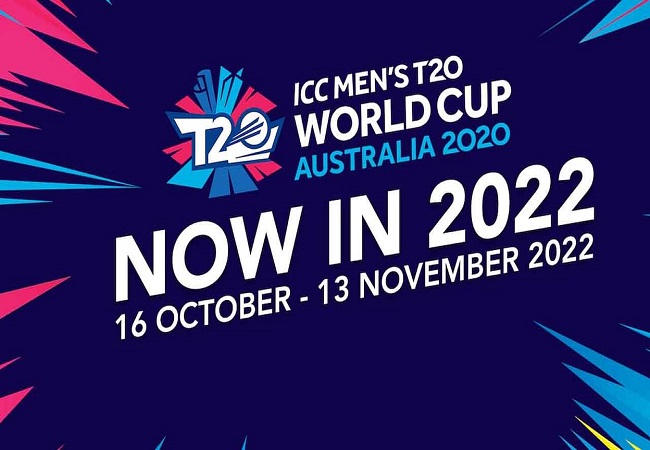 ICC T20 World Cup 2022 : The ICC has announced the schedule for the T20 World Cup 2022. The tournament will be played from October 16 to November 13. India is placed in Super 12 along with Pakistan, South Africa, Bangladesh. While four teams from Sri Lanka, Namibia, West Indies and Scotland will face each other to qualify for the first leg starting on 16 October. Four teams selected from these will get an opportunity to play in Super 12. At the same time, India’s first match will be against Pakistan in Melbourne on 23 October.

Read :- ICC ODI Team of the Year: Babar Azam became the captain, no Indian got a place 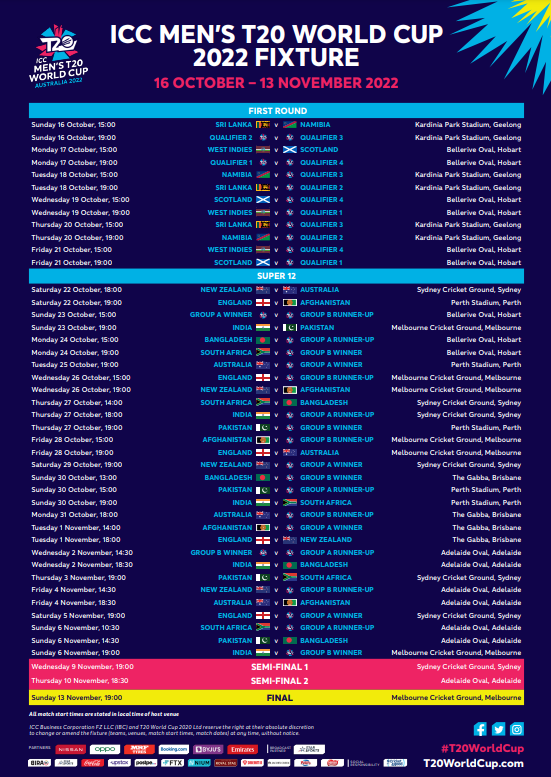 India will play a total of five matches in the entire tournament.

Let us tell you that India will play a total of five matches in the entire tournament. First against Pakistan on 23 October, second on 27 October with Group A runner up, third against South Africa on 30 October, followed by fourth match on 2 November with Bangladesh and fifth on 6 November with Group B winner.

T20 World Cup matches will be held at these seven venues

Read: – ICC selected the best Test team of 2021: Virat out, made this player the captain

Ticket sales will start from February 7

The sale of tickets for the World Cup matches will start from February 7. During this, the guidelines of Corona will have to be followed. This will be the eighth edition of the ICC T20 World Cup, starting in 2007. This time this tournament will be played in Australia. The Australian team, which wins this tournament in 2021, will be a strong contender to win the title this time as well. However, apart from West Indies, no team has been able to win this trophy for the second time.