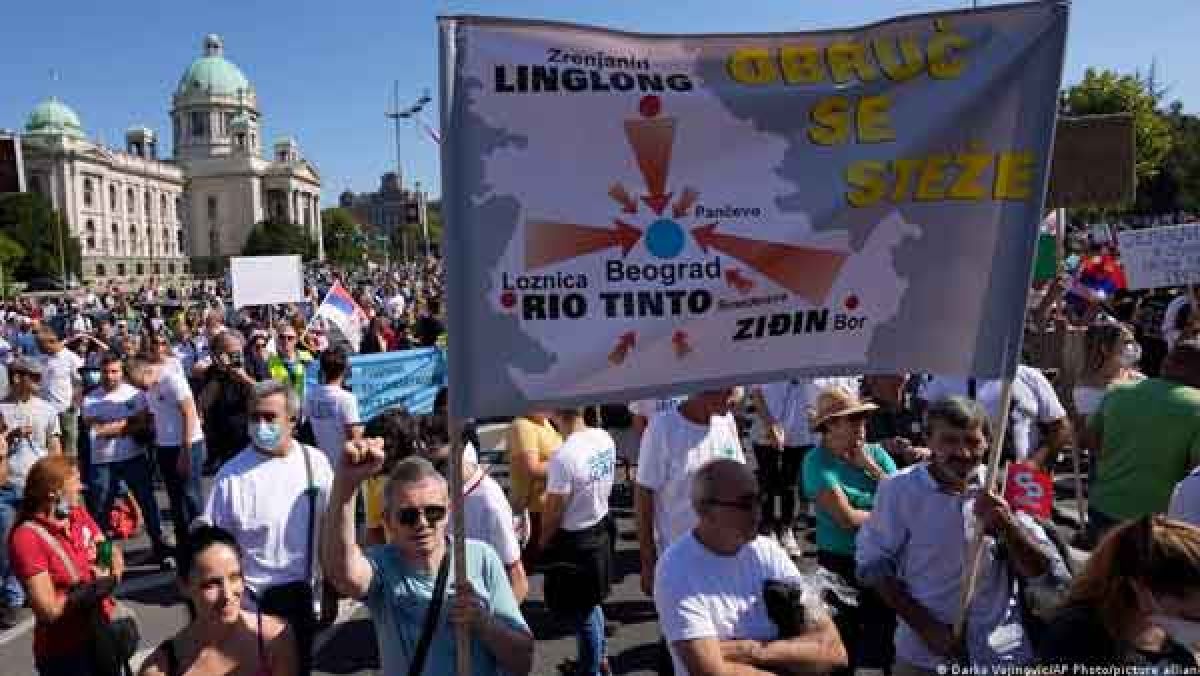 Belgrade, Jan 21: Serbian Prime Minister Ana Brnabic announced the cancellation of a plan to allow mining giant Rio Tinto to build a lithium mine on Thursday.

The decision marks a U-turn for the government coming after months of weekly protests that brought thousands out onto the streets.

“We have fulfilled all the demands from the environmental protests and have put an end to Rio Tinto in the Republic of Serbia,” Brnabic said in a televised address.

Why were people protesting?

Environmental protesters have been demanding an end to the plan for months. They made headlines by blocking major roads, bringing traffic in the capital and other regions to a halt.

The protesters were concerned about the amount of pollution the mine would create. Serbia is already one of the most polluted countries in Europe and would have to spend billions to reach targets set by the EU for potential admission to the bloc.

Rio Tinto bought up land in the Loznica region after discovering lithium deposits in 2004. The company had planned to invest $2.4 billion (€2.12 billion) in the project. Lithium is a key component in modern technologies, such as electric cars.

“Everything about the Jadar project is finished,” Brnabic said on Thursday, putting an end to plan.

But activists vowed to continue their protests until the government bans lithium — as well as borate — mining altogether.

The government’s change of heart comes ahead of elections in April. The ruling Serbian Progressive Party (SNS) had initially supported the development of mines in Serbia, but the party has seen its support decline.

Serbian tennis star Novak Djokovic also spoke out in favor of “clean air” in December, showing his support for the protests.

Brnabic had said earlier in the month that the fate of the mine would be decided after the election, before changing her mind.

“We are listening to our people and it is our job to protect their interests even when we think differently,” she said on Thursday.