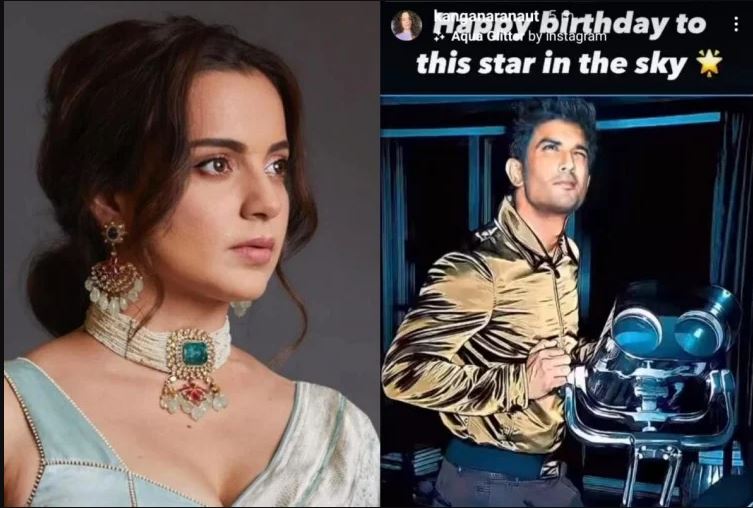 Sushant Singh Rajput Birthday: Today is the birthday of late Bollywood actor Sushant Singh Rajput. Sushant was born on 21 January 1986 in Patna, Bihar. It has been almost a year and a half since the death of Sushant Singh Rajput, but his memory is still fresh in the hearts of the fans. #JusticeForSushantSinghRajput is trending on social media since this morning. Fans from all over the world are remembering him by tweeting. Bollywood actress Kangana Ranaut has also remembered Sushant on his birthday.

Read :- Makar Sankranti 2022 Special: Many celebs including Kangana-Hema congratulated on the special occasion of Sankranti

Sharing a picture of Sushant, Kangana Ranaut writes, ‘Happy birthday to the shining star of the sky’. Fans are very fond of this story of Kangana.

After Sushant’s death, the name of his girlfriend Riya Chakraborty was the most discussed. If someone’s tears are spilling on social media, then someone is saying what was the hurry to leave. While wishing Sushant a birthday, a user wrote – Never seen so much eagerness for an actor’s birthday. Thanks SSR for always inspiring. Another user wrote – Stay happy where you are. You will always be immortal in our hearts.

Let us inform that on 14 June 2020, 34-year-old Sushant was found hanging in his flat in Bandra. This incident shook the entire country. After Sushant’s death, many angles came to the fore. Many people blamed Riya Chakraborty for Sushant’s death. The investigation started with the Mumbai Police in the Sushant case is still in the hands of the CBI, but what was the reason behind the death of Sushant Singh has not been revealed.

Read: – Kangana Ranaut opened her mouth like this, the trollers said – first they touched her and then breathed on her….