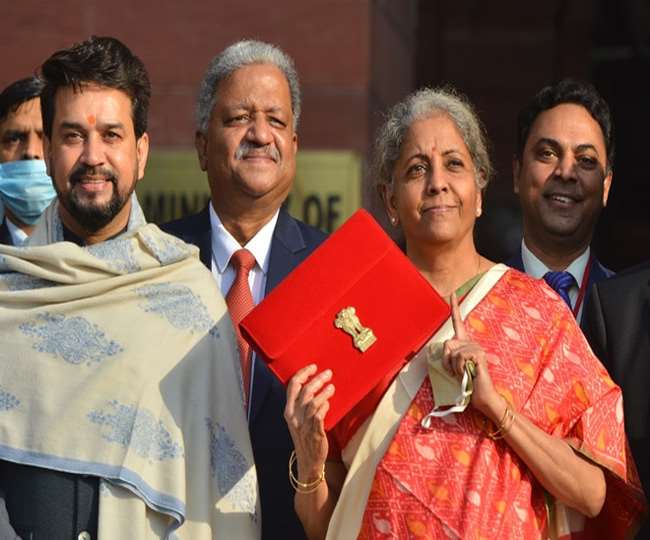 Finance Minister Nirmala Sitharaman will present the Union Budget 2022 on February 1 and before presenting the budget in Parliament, every sector of the economy is expecting some relaxations and reforms. The Union Budget is an account of such actions to improve the economy of the country and benefit the common people. Since independence, the Finance Minister of India presents the Union Budget every year and announces the policies and plans of the government. Some of the budgets presented in the country have been the subject of most discussion. Now that people are waiting for the Union Budget 2021, we bring you some recent changes in the budget presentation over the years.

During the Congress government, the then Finance Minister TT Krishnamachari presented the budget on 15 May 1957. Many big decisions were taken in this budget including compulsory license for imports. Budget allocation for non-core projects was also withdrawn. Export Risk Insurance Corporation was formed to protect the exporter. The budget also introduced wealth tax and increased excise duty by up to 400 percent. There were many positive and negative aspects of this budget which later became a topic of discussion in the city.

It was introduced by Finance Minister Yashwantrao B Chavan on 28 February 1973. In this, Rs 56 crore was made available for general insurance companies, Indian Copper Corporation and nationalization of coal mines. The estimated deficit in the budget in the financial year 1973-74 was Rs 550 crore, the nationalization of coal mines is said to have had a great impact. With the government taking over coal, competition in the market ended.

Former Prime Minister Rajiv Gandhi presented the budget on 28 February 1987. Minimum corporation tax was introduced in this budget, which is today known as MAT or Minimum Alternate Tax. The purpose of this tax was to bring those companies under the tax net, whose profits were very high and they avoided paying tax to the government.

The then Finance Minister P Chidambaram presented the Union Budget on February 28, 1997, which was named as the Dream Budget. Voluntary Disclosure of Income Scheme (VDIS) was introduced in this budget to bring out black money. Changes were made to the tax provision for individuals and companies. During the year 1997-98, the government received Rs 18,700 crore from personal income tax. Between April 2010 and January 2011, this income exceeded Rs 1 lakh crore.

Read: Government properties will go into private hands: Government will give them on lease including energy, roads, railways to raise six lakh crores

On 28 February 2005, the then Finance Minister P Chidambaram presented the budget. National Rural Employment Scheme (NREGA) was launched for the first time in this budget. This scheme provided employment and income in rural areas. The scheme has created a network of bureaucrats at the panchayat, village and district levels.