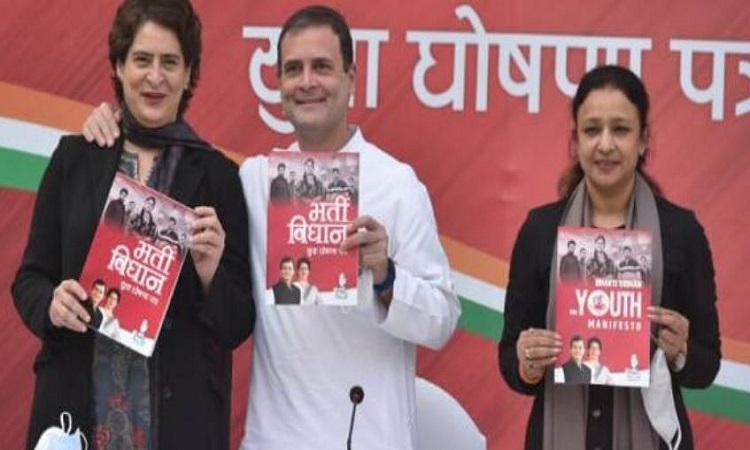 Earlier, Priyanka Gandhi had issued a manifesto for women voters to woo them. Releasing the manifesto, Rahul Gandhi and Priyanka said that talks have been held with the youth of the state to make youth recruitment legislation.

Since then it has been prepared. It has been said on behalf of Priyanka Gandhi that if her government is formed in the state, then 1.5 lakh vacant posts in primary schools will be filled. Along with this, work should be done to fill the vacant posts in the departments of secondary, higher education, police etc.