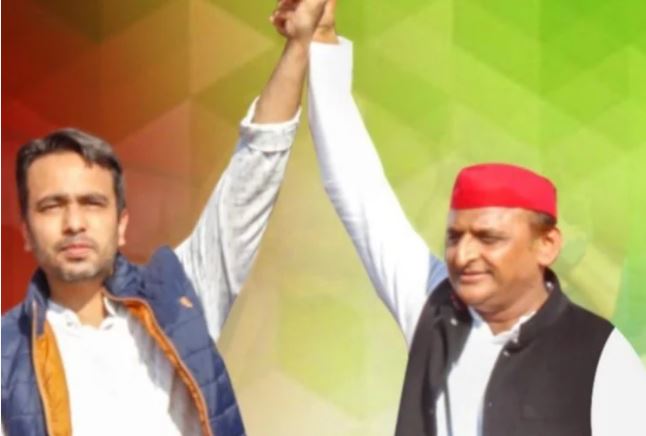 UP Election 2022: Mant assembly constituency seat of Mathura district is not taking the name of the dispute in RLD-SP alliance to stop. Let us inform that Sanjay Lather, the special of Samajwadi Party National President Akhilesh Yadav, has also jumped in the fray by filing nomination, and Yogesh Nowhwar, a close aide of RLD President Jayant Chaudhary, has filed his nomination from Mant. Due to the arrival of both the parties, there has been a ruckus between the parties.

It is worth mentioning that Yogesh Nowhwar is telling himself as an authorized candidate, while Sanjay Lather, who has filed his nomination from SP, has started preparations by stating himself as a candidate. From which it can be guessed that if both of them stay in the field, the path of the alliance can be parted.

RLD President Jayant Chaudhary’s Dhar Yogesh has camped in Delhi, then Sanjay Lather has also reached former Chief Minister Akhilesh Yadav after nomination. Voters of the Mont assembly constituency are also confused due to the face-off between the two candidates. Experts say that the RLD-SP alliance may also break if both the candidates come in the fray.