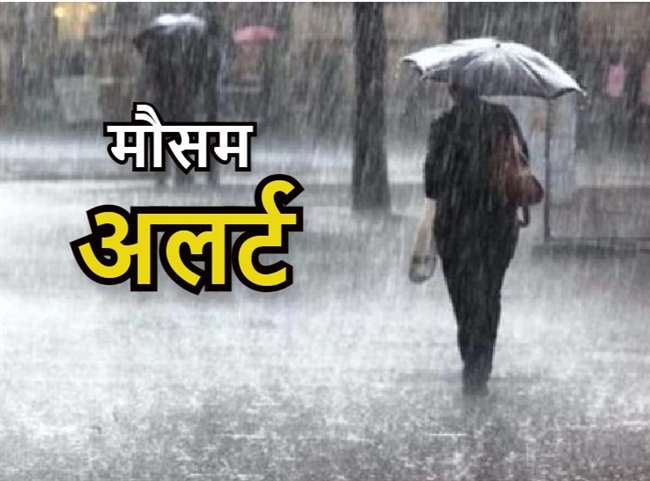 Weather Update : The Indian Meteorological Department said that due to the Western Disturbance, the weather may worsen again in many states of the country. There may be rain in Delhi, Punjab, Haryana, Rajasthan, West UP, Chandigarh on January 21 and in the next few days. The Meteorological Department said that there is a possibility of rain at some places in the states. Delhi may be cloudy. Light rain is possible till Friday evening. Due to rain, the temperature may once again drop in these states and the chill may increase.

Read :- Weather: There will be heavy snowfall in Kashmir till January 22, there is a possibility of severe cold in the plains too.

The Meteorological Department said that due to the new Western Disturbance, there is a possibility of rain in some parts of Rajasthan in the next two days. Due to the disturbance, a system of moist winds may form over Southwest Rajasthan on Friday. Due to this, light to moderate rain and lightning may occur in Jodhpur, Bikaner, Ajmer, Jaipur, Kota and Bharatpur from the night of January 21.

Hail may fall in these districts

Read: – Weather Alert: In these states there will be a possibility of rain for 3 days amidst severe cold

Due to the impact of a cyclone over southwest Bay of Bengal, light rain or thundershowers are likely to occur over Tamil Nadu, Puducherry and Karaikal and Kerala during the next four-five days.