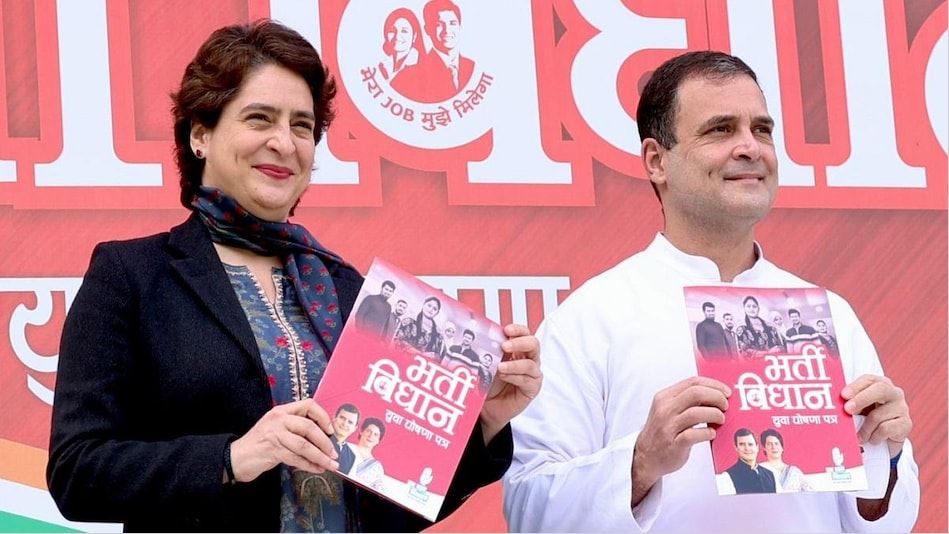 New Delhi. Congress General Secretary Priyanka Gandhi has indicated for an alliance in the assembly elections 2022 to be held in Uttar Pradesh (Uttar Pradesh News). He said that after the elections, his party can also forge an alliance with any other party. However, he has also put some conditions for this and said that if anyone fulfills the agenda stated by him, then the Congress will be ready for an alliance with him in such a situation. Along with this, Priyanka Gandhi has also answered the question that who will be the CM face of Congress in Uttar Pradesh?

Let us tell you that by releasing the Congress Youth Manifesto, Priyanka Gandhi said that after the elections, we can form an alliance with another party, if such a situation arises, but if our agenda, what we have told is fulfilled. If it is done, it will be done especially for women. At the same time, on behalf of the Congress party, on the question of the Chief Minister’s face in UP, Priyanka Gandhi said that you are seeing someone else’s face? I have my own face in Uttar Pradesh.

Priyanka Gandhi said that in the assembly elections, vote on development not on caste. Priyanka Gandhi said that until the public does not demand accountability, no leader will be held accountable. The public has to be aware. Your stomach is not going to be filled with casteism, communalism. Only a few political parties will benefit from this. Priyanka further said that when you know that you will get votes on the basis of caste and religion. Then why would you put his tap, why would you build his road, school, why would you do anything for him, but when there is talk of forming the government, then ask for accountability and give your vote on development.

The reactions of opponents have also started coming on this statement of Priyanka Gandhi. Minister and MP in Modi government SP Singh Baghel said that Priyanka Gandhi is right. Apart from him, no one is visible in Congress. Although the king of the jungle is the lion, but there is a saying that once the monkey was chosen as the king of the jungle. Whenever someone used to go to the monkey with his problem, he used to jump from one branch to another, because the monkey did not know anything other than this.