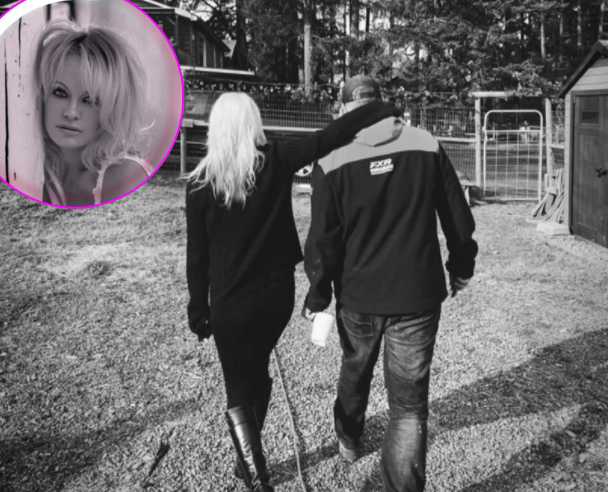 Pamela Anderson divorced Dan because he was a jerk. Sources say that Anderson ended her fifth marriage because the man was “unfriendly,” “unsupportive” and an “asshole.” HE HAS!

A source close to the 54-year-old Baywatch star, He said that although initially everything was going well in the midst of the pandemic, being quarantined together in the end was what affected them. HE HAS!

“Dan was a jerk to Pamela – he was nasty and unhelpful. After you spend two years living every second with someone, you end up getting to know them better – and for the worse.

“They got to know each other a lot better, and as they did, Pamela realized that Dan is actually not the one.”

REALLY???? He is not the chosen one… Awwww… well, another one will be. The source added:

“Things are not amicable at all between them at the moment, because she decided they have nothing in common, he didn’t treat her the way she felt she wanted to be treated.”

You know what? Good for Pamela, if the guy treated her bad, BYE BYE!!! BYE! SAYONARA BABY!!! SEE YOU NEVER! If the guy’s a jerk, he’ll start giving interviews talking about his marriage to Pam.

“They had been fighting, even when he had said he wanted the marriage to work.”

The fountain came and said:

“She had initially said it was nice to be with a regular guy who could change a light bulb, but in the end, while the light bulb thing was fine, he couldn’t meet her other needs.”

OMG! “her needs”… Anyway, Pamela started dating Dan ‘the guy with the lightbulb’ in 2020, after divorcing her ‘husband of 12 days’, Jon Peters. Hayhurst was his bodyguard and later the one who fixed up his house. So, this would be Pamela’s fifth failed marriage. SO WHAT??? The sixth time is the charm! LOL!

So, Pamela Anderson divorced Dan because he was a jerk.