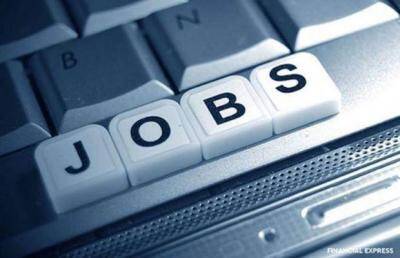 Rajasthan Staff Selection Board Recruitment: There is good news for the youth preparing for the government job in Rajasthan. Rajasthan Staff Selection Board has released the revised release of Assistant Public Relations Officer (APRO). Under this, candidates between the age group of 18 to 40 years will be able to apply for 76 posts across the state.

Let us tell you, after the revised release, the process of application will start again from January 31 to February 14 at 12 midnight. Earlier in the year 2012 in Rajasthan, 34 posts of Assistant Public Relations Officer (APRO) were recruited. The tentative date of the exam is 24th April.

The Rajasthan Staff Selection Board had released the release on 24 November 2021 for APRO Recruitment. At that time no separate posts were sanctioned for the Scheduled Areas. In such a situation, in the revised release, the board has now earmarked 7 posts for the scheduled area. After which online applications have been sought again for 69 posts of non-scheduled areas and 7 posts of scheduled areas. However, candidates who have applied earlier need not apply again. Along with this, such candidates of Scheduled Areas who have applied earlier, will be given the option to edit the application.

Assistant Public Relations Officer will be given salary on the basis of Pay Matrix Level 10 (33,800) as per the Seventh Pay Scale implemented by the Government of Rajasthan. However, during the probation period, the salary will be given as per the guidelines of the government.

Must have SSO ID

To apply for the post of APRO, candidates have to use E-Mitra Kiosk or Jan Suvidha Portal. Candidates have to open the official website of Rajasthan Staff Selection Board www.rsmssb.rajasthan.gov.in and click on Recruitment. After this, the application has to be filled by logging in through the SSO ID. In such a situation, if a candidate does not have an SSO ID, then they have to create an SSO ID before applying.

Read :- BPSC Recruitment 2022: BPSC has recruited many posts on these posts, candidates should apply soon