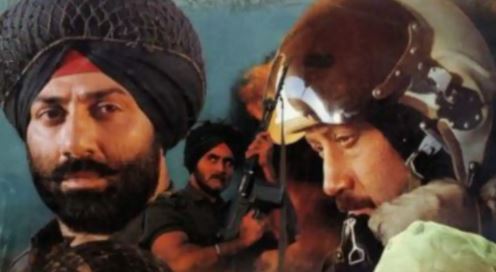 Republic Day 2022 : Movies are the mirror of society. The message is conveyed through films. Indian films have contributed a lot in showing the feeling of love for the nation. These films do the work of conveying the stories of bravery of the brave soldiers of the country who are protecting the country on the border to the public through films. The difficulties faced by the brave soldiers standing on the border of the country during the war can be known through films. The whole country celebrates Republic Day 2022 on 26 January. This year the country will celebrate its 73rd Republic Day on Wednesday, 26 January 2022. On this special occasion, films made on patriotism are very much liked. Let us know about some films that awaken the spirit of patriotism, which you all can definitely watch.

1. agree
Alia Bhatt and Vicky Kaushal’s film ‘Raazi’ did well at the box office. This ‘film’ was directed by Meghna Gulzar. It is shown in this film how Alia is sent to Pakistan as a spy.

3. Border
In the 1997 film ‘Border’, the Indo-Pak war of 1971 on the border of Rajasthan has been filmed. Based on the true incident, this film is directed by JP Dutta. It is shown in the film that 120 Indian soldiers kept a regiment of Pakistani tanks in check all night.

4. Rang De Basanti
Directed by Rakeysh Omprakash Mehra, the film stars Aamir Khan, Siddharth, Kunal Kapoor, Sharman Joshi, Atul Kulkarni and R Madhavan in lead roles. The film is about five boys who fight against the corruption of their own government.