Saif Ali Khan Amrita Singh Divorce: Today there is talk of Saif Ali Khan and Amrita Singh who are not together, but despite this, many stories and stories related to them are heard and told even today. Amrita Singh was Saif’s first wife. Both of them were married in the year 1991. This marriage had come in a lot of discussions during that period. There were two reasons behind this, the first was that Amrita Singh was the top actress of that era. At the same time, Saif Ali Khan did not even take entry in films then.

The second big reason was that Saif Ali Khan was younger than Amrita Singh in age. While on the other hand, Amrita Singh was 33 years old at the time of marriage, Saif was 21 years old then. Let us tell you that from this marriage two children were born to Saif and Amrita, their names are Sara Ali Khan and Ibrahim Ali Khan. 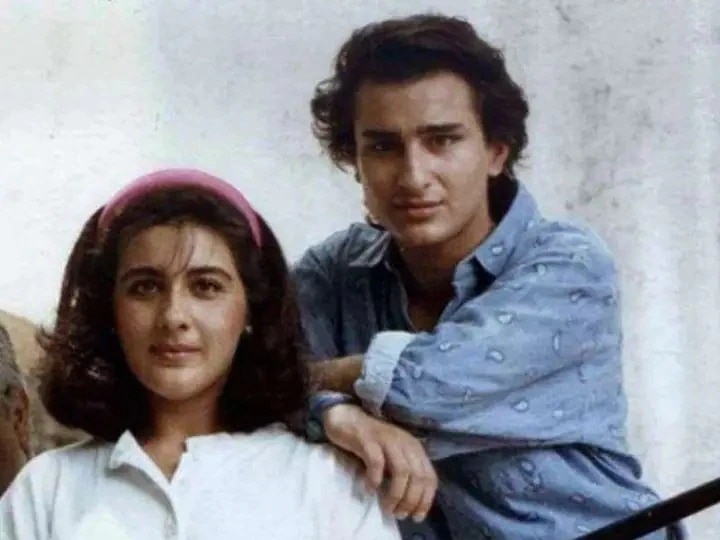 After marriage, everything was fine for a few years but after that it is said that the period of upheaval started between Saif Ali Khan and Amrita Singh. According to media reports, Amrita was not only made with Saif but also with his family members. The result was that in the year 2004, after 13 years of marriage, their couple broke up. However, after separating from Amrita Singh, actress Kareena Kapoor came into Saif’s life and they got married in the year 2012. However, do you know that before marrying Kareena, Saif wrote a letter to Amrita Singh. In this letter, Saif Ali Khan had wished Amrita the best for her life ahead and recalled the good moments spent with her and told that he is going to marry Kareena.