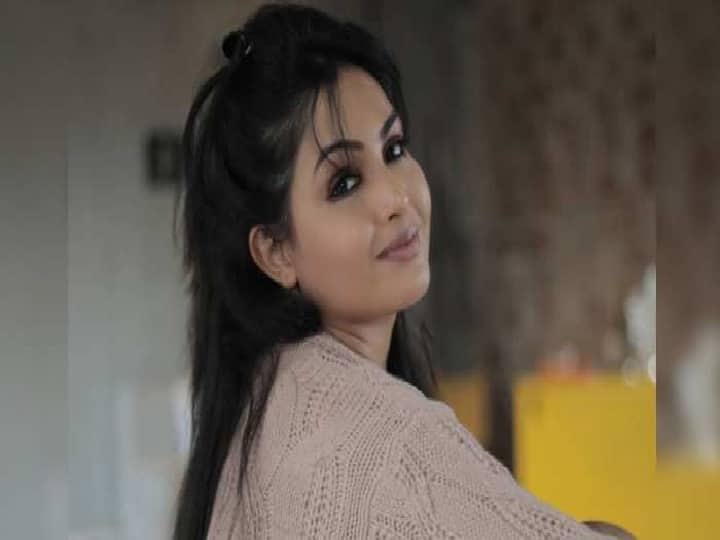 Bhabi Ji Ghar Par Hain Shubhangi Atre Video: The serial ‘Bhabhi Ji Ghar Par Hain’ has been entertaining the audience for many years. In such a long journey, even though many characters have said goodbye to the show and many faces have taken their place, all the actors are maintaining their special place in the hearts of the audience. Replacing Shilpa Shinde, Shubhangi Atre has also won the hearts of people with her character of Angoori in the show.

Shubhangi Atre is playing the role of Angoori Bhabhi in Bhabhi Ji Ghar Par Hain. Angoori’s character in the show is very naive, illiterate and completely indigenous. Shubhangi, who rules the hearts of people with her desi style on screen, is very glamorous and stylish in real life. Shubhangi Atre is also a big social media lover and keeps sharing her new photos and videos every day.

Shubhangi aka Angoori Bhabhi has shared a new video of her on Instagram. In this video, Shubhangi is seen wearing a white printed long kurta on pink. In the video, the actress is seen moving in the sunlight, shaking her hair with both her hands. This style of Shubhangi is being liked a lot by her fans. Along with this, a voice is also heard in the video – in which a girl is heard saying that – there is only one difference in thinking of both of us, I am fond of this destination and I love the journey.

His fans are commenting fiercely on this video of Shumbhagi Atre. Thousands of likes have been received on this video of him so far. Let us inform that Shubhangi has been playing the character of Angoori in the show ‘Bhabhi Ji Ghar Par Hain’ for the last 5 years.

From Vibhuti Narayan Mishra to Happu Singh… this is Bhabi Ji Ghar Par Hain’s real life partner, see a glimpse of the family in pictures