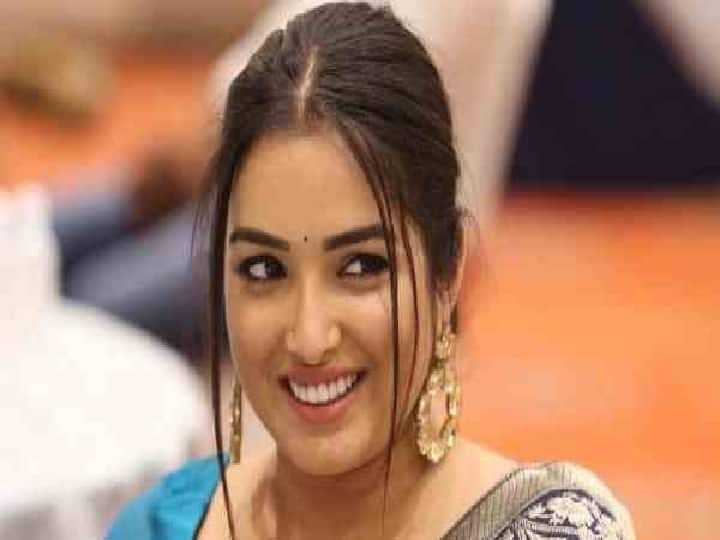 Amrapali Dubey Instagram Video: Bhojpuri Queen Amrapali Dubey is a well-known actress in the industry. The name of the actress is also included in the list of actresses who take the highest fees of Bhojpuri cinema. Amrapali’s fans are present not only in UP, Bihar but across the country. At the same time, Amrapali herself does not leave a single opportunity to maintain the craze among the fans about herself.

Amrapali Dubey may be always busy with herself, but despite such a busy schedule, the actress does not forget to take time out for social media. Amrapali often shares her new reels on Instagram. Meanwhile, a new reel of the actress is becoming quite viral. In this reel, Amrapali Dubey is seen giving an interview. A girl’s voice is coming in the video, who asks Amrapali to tell about her.

On this, Amrapali Dubey asks the lady who took the interview, have you not received my CV. A voice comes from there- yes and then the actress asks have you read it, then tell me something about me. Amrapali starts asking questions to the interviewee itself. This is a funny video of the actress, which is being liked a lot by her fans. This is the reason why thousands of likes have been received so far on this video of Amrapali.

Let us tell you that apart from Bhojpuri, Amrapali Dubey has worked in many Hindi TV serials like Saat Phere, Mera Naam Kargi Roshan, Rehna Hai Teri Palkone Ki Chhaon Mein. Amrapali Dubey made her debut in Bhojpuri industry with Nirhua’s film Nirhua Hindustani. After this the pair of Nirhua and Amrapali Dubey became a superhit pair of Bhojpuri cinema.

Urfi Javed said on Karan Kundrra’s defeat, ‘Who was thinking that he would win, where do such people come from’

Meena Kumari came close to Gulzar even after getting married, handed over her most valuable things to him