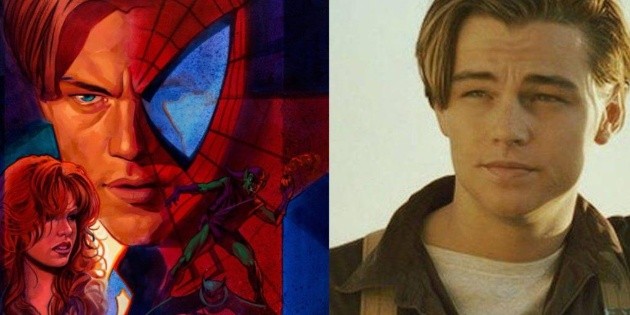 Given the possibilities that marked the confirmation of the “Spiderverse” with the first meeting between the “Spider Man” of Tom Holland, Andrew Garfield and Tobey Maguire in “Spider Man: No Way Home”, the theories about the possibilities of seeing new faces of the “Spider-Man” increase among the theories that fans formulate via social networks with the intention of motivating Marvel and Sony to continue fulfilling the dream of bringing all possible variants of the arachnid superhero to the screen.

Although there is talk that Marvel’s production will probably allow the return of Andrew Garfield or Tobey Maguire as “Spider Man” in the next “Doctor Strange in the Multiverse of Madness” movie, in which the multiverse will be addressed again, the new theories and alleged leaks indicate that a new arachnid masked man will make his debut to face the villain of this new plot “Wanda: Scarlet Witch” (Elizabeth Olsen), so it is ensured that Leonardo DiCaprio would arrive as the “Spider-Man” from another alternate reality.

Neither Marvel nor Sony have confirmed or denied such rumors. Despite the fact that in the first trailer for “Dr. Strange” there is no reference that makes fans believe that “Spider Man” will be present in the story, however, the leaks assume that Leonardo DiCaprio would debut as a superhero to face the multiversal chaos unleashed by “Scarlet Witch” and “Dr. Strange”, because according to the scoop of the story, both characters would start one of the bloodiest battles in the Marvel Cinematic Universe.

Although the theories about the cameos and special guest stars that “Dr. Strange: in the multiverse of madness” have been distorted by ensuring that the film will have the presence of up to 40 iconic Marvel characters, The participation of Leonardo DiCaprio keeps fans on the alert considering that Sam Raimi, the director of the film, will fulfill the frustrated dream of having the star of “Titanic” in a couple of scenes.

Fans have remembered that although Tobey Maguire managed to keep the role of “Spider Man” in his first official film adaptation, the initial idea was that “Spider-Man” and his civilian version “Peter Parker” would be played by Leonardo DiCaprio; However, the actor’s agenda was one of the main conflicts so that he could join the production that since then he had planned to make four deliveries.

Rumors about the possible entry of Leonardo DiCaprio into the Marvel Universe on the screen are not new, because prior to the premiere of “No Way Home” the possibilities of seeing different versions of “Spider-Man” were latent, resuming the initial intentions of having Spider-Man. DiCaprio as this superhero, according to the leaks shared on his Patreon by the insider Daniel Richtman, recognized in the geek world for releasing theories and leaks that over the years have been reflected in the projects headed mainly by the producer and director Kevin Feige.

Another factor that gives strength to the rumors about DiCaprio is that he was not only contemplated by Sam Raimi for this actor to be the first “Spider-Man” on screen, since it is assured that the director James Cameron would also have tried to make his own version of the “Spider-Man”. Spider” after the success represented by “Titanic” with DiCaprio as the protagonist, since at that time Marvel sold the rights of its main characters by not having an ambitious project in film adaptations, an opportunity that Sony took advantage of to credit the rights of “Spider Man ”.