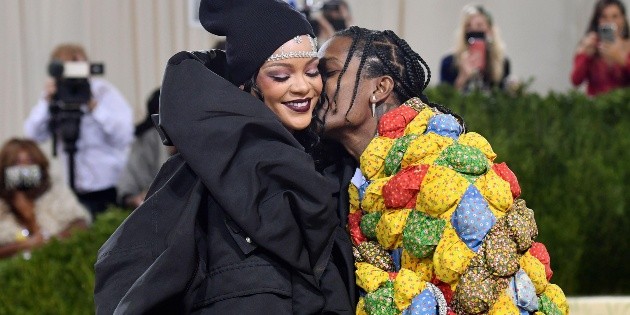 The Barbadian singer Rihanna is expecting her first child with her boyfriend, the rapper A$AP Rocky, as reported on Monday by the magazine People. Although much was rumored about this fact, some still question who Rocky is. Thus, here we explain.

Rihanna was photographed this weekend with her partner through the cold streets of New York wearing a pink coat with the belly uncovered and adorned with jewels.

The relationship between the artists, both 33 years old, was publicly known at the end of 2020 and, since then, both had expressed their desire to be parents.

The author of hits like “Umbrella” or “Diamonds” He had been seen these days living in the Big Apple, where A$AP Rocky hails from.

Rihanna is the world’s richest female music artist and last year made Forbes magazine’s “billionaires” list thanks to her fashion and beauty businesses.

Who is A$AP Rocky?

A$AP Rocky, whose real name is Rakim Athelaston Mayers, who is of Barbadian descent, has won several BET hip hop awards and been nominated for two Grammys.

The singer reconnected with Mayers, with whom she shared a long friendship, after an ad collaboration for her beauty brand Fenty Skin in summer 2020local media point out.

Previously, she was dating Saudi businessman Hassan Jameel for three years, a relationship that she kept far from the spotlight and that ended in early 2020.