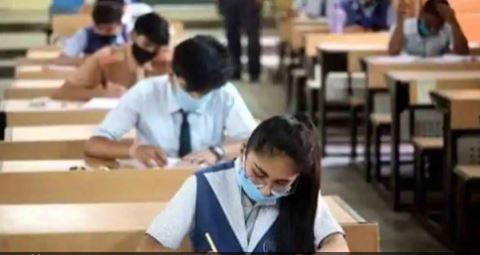 Lucknow. Association of Private Schools Uttar Pradesh President Atul Kumar and CBSE Manager Association President Shyam Pachauri met Additional Chief Secretary (Home) Avneesh Awasthi on Tuesday. During this meeting, the association has demanded to open the schools which have been closed for almost 1 month in UP.

Read :- Braking- Mukhtar Ansari gets bail, know will he come out of jail?

During the meeting, sympathetically considering the demand of the presidents of both the associations, the Additional Chief Secretary (Home) has assured them to open schools for the students of classes 9 to 12 of all the boards of Uttar Pradesh from February 7. Along with this, he also assured to open schools from class 1 to 8 in the next phase. This information was given by Atul Kumar, President of Association of Private Schools, Uttar Pradesh.

Atul Kumar said that keeping in mind the suggestion of child experts and parents by his association for the benefit of children, he has already written a letter to Chief Minister Yogi Adityanath as well as Chief Secretary, Uttar Pradesh demanding the opening of schools.