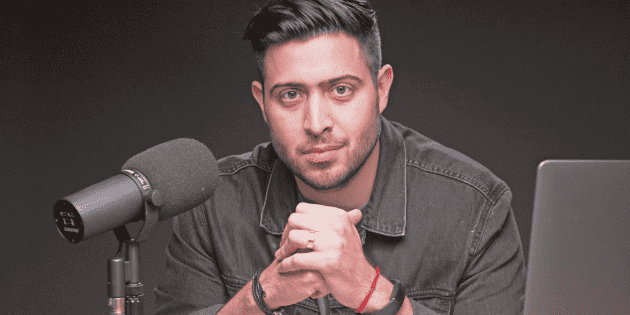 Popularity is not a priority for Diego Barrazas, content creator and founder of Dementes Podcast, a project that five years ago took its first steps on social networks and today consolidates an audience that is open to diversity of thought and creative processes.

Diego Barrazas shares the surprises that lie ahead for Dementes Podcast, because with the beginning of 2022 the project resumed its activities offering a new season of content to the public, who has become accustomed to interviews with countless exponents related to art, training, social analysis, avant-garde and leadership.

“We resume the season after a short well-deserved break in the team to recharge our batteries, we are excited for what is to come. It is a season that is challenging for us and it will be very exciting for the audience, because we are going to have many guests who will be talking about very different things,” says Diego.

The content creator, who on his official YouTube channel has more than 79,000 subscribers, highlights that this new season Dementes will address all kinds of topics and in his first conversations he has included figures such as the comedian Sofía Niño de Rivera and the doctor Carlos Novo, who is also the founder of Neuroscopic, for example, thus increasing the list of guests who have shared their experiences such as filmmakers Jorge R. Gutiérrez and Manolo Caro, and musicians such as Leonel García and Carlos Vives, among others.

“The goal has always been that, through the experience of the guests, people can bring tools to their lives, practical advice, new ways of seeing the world.. In Dementes we have conversations with people who are on the traditional path, because there are many of us who want to do something and everyone tells you that you are crazy, that you can’t, that it’s not there,” says Diego Barrazas when revealing that in addition to its weekly videos, Thursdays will be added as the premiere day with episodes in a different format.

“The conversations are that exploration of what he did to get there, what he found along the way, that has always been the objective of Dementes from the beginning, we have been polishing the way to do it,” Diego Barraza points out, emphasizing that if something has characterized the podcast is not to focus or give way to morbidity or sensationalism.

“I’ve been doing it for five years and I see the positive comments from people and that gives you certainty, I think I’m on the right track, but at the same time the pressure is increasing. I am always very scared to start an interview, I am very nervous, but you work on it, you learn tools”, explains Diego, considering that one of the keys to making the interviews flow naturally is to explain to the guests beforehand the issues that are being addressed. and what kind of audience is watching the podcast.