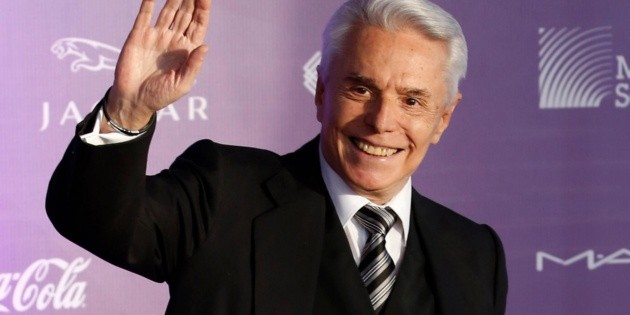 Enrique Guzman He is turning 79 this Tuesday, and one of his celebrations was with his daughter Alejandra Guzman, who shared a photo celebrating his father with a cake and balloons.

In the snapshot, the singer appears embraced by his daughter, in a robe and relaxed. “Happy pre-birthday daddy,” Guzmán wrote in the publication two days ago.

The interpreter of “Queen of Hearts” He has also been very close to his mother, after the actress Silvia Pinal recovered from COVID and returned home.

On her social networks, the rocker has posted family and relaxed moments in the midst of the controversy that her daughter Frida Sofía went through a few days ago, who was detained after refusing to leave a Miami restaurant voluntarily, for what happened more than 20 hours deprived of his liberty, which he recovered after paying bail, according to documents from the authorities.

Guzmán is accused of disorderly conduct and resisting without violence the authority of a police officer, according to the county criminal courts online court docket.

On the subject, Guzmán has not spoken, apparently the distance with her daughter has been maintained since she assured that her grandfather Enrique abused her when she was a girl.