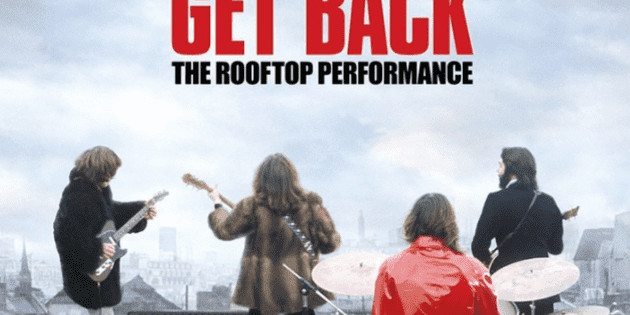 Although the fans of Colorado bone were fascinated with the rescue work that director Peter Jackson did with the mini documentary series “Get Back” for the Disney + platform, it seems that Beatlemania will not end with this project, since the premiere of the last filmed concert of the Liverpool quartet in IMAX format.

According to the Cinépolis presale billboard, “The Beatles Get Back The Rooftop Concert” will have screenings from February 10 to 13 in IMAX theaters, where fans of John Lennon, Paul McCartney, George Harrison and Ringo Starr will be able to enjoy what was the last official and filmed concert of the British band on the famous rooftop of Apple Corps more than five decades ago.

Although all the functions have not yet been released by times and complexes in which this concert will be available, the Cinépolis website at https://cinepolis.com/pelicula/the-beatles-get-back-el-ultimo-concierto, already allows you to explore pre-sale availability for this special function that will last 64 minutes.

Among the novelties of this special screening of “Get Back”: the last concert”, is that the images were remastered as well as the sound that will now have Dolby Atmos technology to have a front-row experience of the show that The Beatles immortalized on January 30, 1969 and that it would be the last time fans could see the quartet together before their impending split due to creative differences.

Also known as the “rooftop” concert, this performance was surprise for fans, and although it was not open to the public itself, the residents of Apple Corps witnessed the musical journey that The Beatles made in this peculiar concert that, they say, was totally improvised, after three years in which the band was no longer in an official tour before the distancing of the members.

Although fragments or complete clips of the songs are available on The Beatles’ own official networks, such as YouTube, exceeding the 371 million views In songs like “Don’t Let Me Down,” fans expect the IMAX screen experience to feature all the hits filmed at what would be The Beatles’ last live show: “Get Back,” “I’ve Got a Feeling”, “One After 909” and “Dig a Pony”, for example.