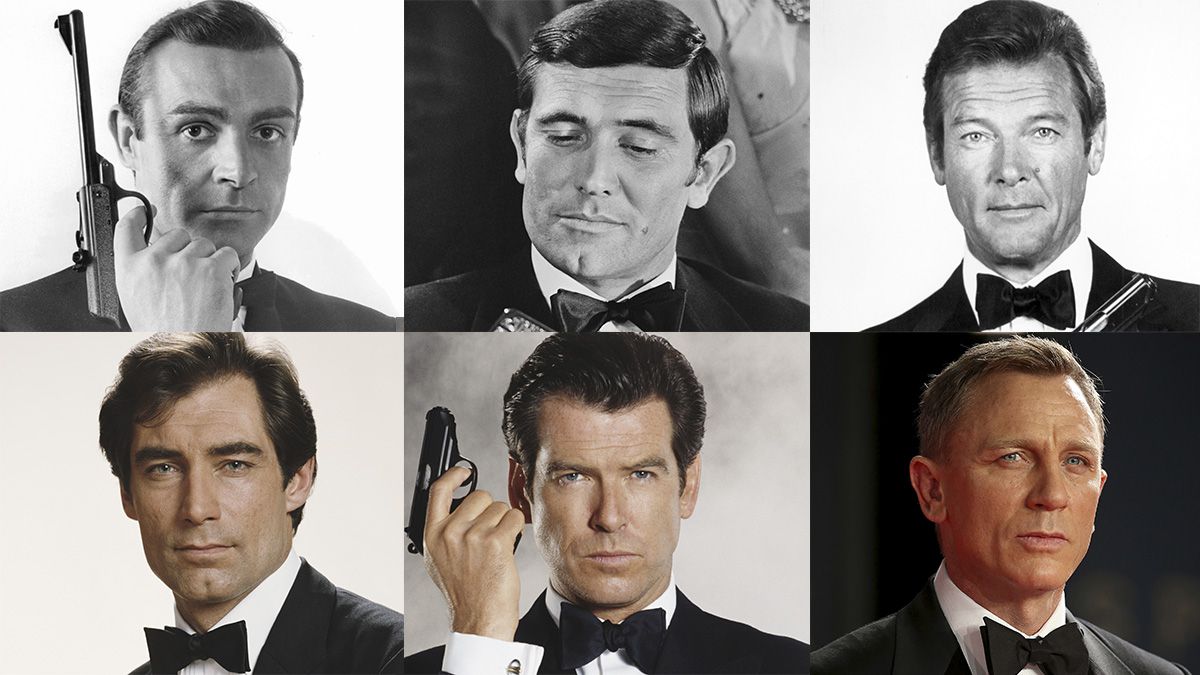 January 16, 1962. Palisades Airport, in Kingston, the capital of Jamaica. That’s where the film legend of James Bond began. That day and in that place began the filming of Agent 007 vs. Doctor No, the first of 25 official British secret agent films created by writer Ian Fleming nearly a decade earlier. In 2022 it will be 60 years since that cinematographic adventure that, despite the success that the novels already enjoyed and a previous television experience, was a leap into the void by the producers Harry Saltzman and Albert R. Broccoli, and that today, converted a colossal empire, has no sign of ending. the last installment, no time to die —whose premiere suffered all kinds of delays caused by the pandemic until it was presented last September— has been a success, although it also included a sad note: the dismissal of Daniel Craig as 007 after five films shot in 13 years. As has happened on previous occasions, there is no actor hired as the new Bond. However, this time the setback has turned into happy dead calm for the current owners of Bond in the cinema, Barbara Broccoli and Michael G. Wilson, daughter and stepson of Albert R. Broccoli. “It’s time to celebrate the legacy of Daniel Craig,” they say by phone. It is also a time to reflect on Bond’s future and remember his past. And they agree to it.

Broccoli and Wilson answer from the offices of the production company Eon. The company was founded in 1961 by Saltzman and Broccoli. The first had bought the rights to adapt Fleming’s espionage novels, a success that slowly started with the publication of the first, Casino Royale, on April 13, 1954. Until his death a decade later, Fleming wrote 12 books featuring the Bond character, but his literary saga did not become popular until 1960. The protagonist, a British Royal Navy commander and spy, aged 1, 89 meters tall and 93 kilos in weight, dark, unruly hair, long straight nose, small scar on the right cheek – Fleming used many autobiographical details in his work, although this description fits with the composer and jazz pianist Hoagy Carmichael—, could be a box office magnet.

Saltzman, promoter of the new British realism, bought the option to bring these novels to the big screen, but his talent for artistic cinema did not quite gel with popular films. And when his rights were about to expire, he asked a friend for help, who introduced him to New Yorker Broccoli, also a Bond fan, and with better contacts in Hollywood. Sixty years ago, they first faced the decision of choosing the actor who would play James Bond. The list of performers who turned down the role is endless, and because they were too expensive, neither David Niven (Fleming’s favorite choice) nor Cary Grant (Broccoli’s close friend) could be hired. Instead, Broccoli and his wife Dana (the mother of Barbara and Wilson, a son from a previous marriage) had been drawn to a young Scotsman, Sean Connery, in the film Darby O’Gill and the Goblin King (1959). They searched for him and summoned him to Saltzman’s apartment. There, Connery was haughty and gruff, sometimes banging on the table, and refused to take a test. Result: they hired him.

Six decades later, his children face the search for the new Bond. They already have experience in it: Barbara (Los Angeles, 61 years old) has been in the franchise since she was 22 years old, when she started as assistant director in Octopussy in 1983, and Michael (New York, 80 years old), a lawyer, joined Eon’s legal department in 1972 and has been involved in film production since Moonraker (1979). “It is a privilege to be the captains of the saga. We now live in the time to celebrate the legacy of Daniel and the success of No time to die which confirms that we were right in our commitment to the big screen after weathering the delay in its premiere caused by covid ”, they tell the same.

What does it take to be Bond? “Presence, charm, personality and acting talent” (Michael G. Wilson, producer)

In any case, the new process will be more reminiscent of the choice of Craig or George Lazenby (curiously, the only two Bonds in love and paired on the big screen), who came back to the saga, than that of Roger Moore, Timothy Dalton and Pierce Brosnan, whose names had been mentioned in previous screenings and who were therefore perhaps older when they embodied 007. “They were all the right ones at the time. Although with perspective, the election of Craig was a success”, says Wilson. “It has marked an era.” When will they search? “In 2023. It’s far away” What does it take to be Bond? “Presence, charm, personality and acting talent,” Wilson reels. Could it be an actress? “No”, explains the producer, “it will always be a male character. Because that’s what Fleming did. Cinema in general has to generate more female protagonists, without a doubt, but with an entity on their own, not mutating others that previously existed”.

Faced with this delicate balance, which all the sagas try to achieve, between maintaining tradition, respecting the legacy, and, on the other hand, providing modernity and not staying out of the present to continue attracting viewers, do they not suffer the pressure? “I would rate it as an opportunity. The best example is Daniel, with whom we have played in the emotional field, ”replies Wilson. They are more forceful when asked about a Bond that was released directly on digital platforms. “We bet on theaters, we even premiered in IMAX and 3D. Bond is a cinematic experience. In these critical times that cinemas are going through, more than ever Bond will continue in them”.

A Bond at the Oscars

Today, Tuesday, the voting period ends to choose the nominations for the Hollywood Academy Awards, which will be announced next Tuesday, February 8. With that evolution in the series, isn’t it time for Bond to be in the top 10 Oscar nominations? “It could, we would love to, but we feel that the Academy is not up to the job,” laughs Broccoli. “In any case, we have an immense legion of fans. The credit goes to Fleming, who created a complex character, but Daniel has given great humanity to the Bond film, he has managed to lead it to the present day”. And he points out: “It has made it relevant in 2021, something not easy.”

Wilson emphasizes: “If you feel that the latest Bonds are more personal, even more dramatic, closer to auteur cinema, it’s thanks to Daniel.” The producers reject that this evolution is their merit: “We only promote the emotional exploration of the character.” But they have hired for the deliveries starring Brosnan and Craig to filmmakers of greater authorial prestige, far from the usual previous craftsmen of the saga. “Each element of the team is important: the writers, the directors, the directors of photography, the actors… Everything adds up, everything influences. Like the villains: what a job Javier Bardem did! ”, Affects the producer. “Among the best,” insists Broccoli.

The tortured Bond was already shown before Craig in the two installments starring Timothy Dalton in the late eighties. Were they too ahead of their time? “It could be”, and they refuse to explain themselves further. Neither do they choose their Bond actor, nor their favorite movie. “It’s our family, we can’t,” says Wilson. Yes they choose their gadget series favorite: “The car from the last one!”, jumps in Broccoli. “And how does it fit into the opening sequence!” He refers to the Austin Martin DB5, a classic from the spy universe, like Barbara herself, the authentic Bond girl: “I like the adjective, I have a photo of that first shoot in Jamaica, a few kilometers from Goldeneye, Fleming’s villa , in which I am a year and a half in a bikini that, I admit, does not cause the same impression as Ursula Andress’s”.