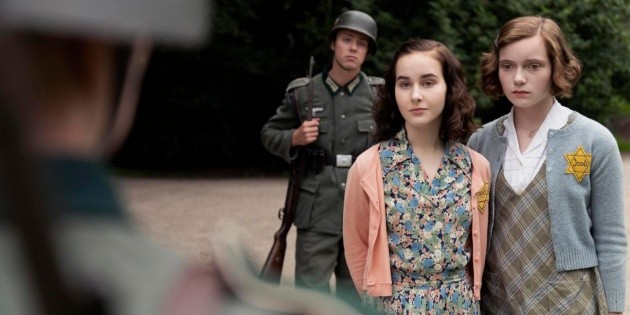 February began and the new releases of Netflix they are already here. Today begins the second month of the year and the platform of streaming most famous in the world, Netflix, and starting today it premieres its new series, movies, documentaries, animes and all the programs of various genres that entertain each member of the family at home.

Some of the most anticipated premieres on this occasion are the seasons that follow up on some stories, as well as interesting films and documentaries about some famous artist.

And like every month, enjoy the selection of the five most anticipated Netflix releases for February 2022.

Without a doubt, it is one of the stories that will always attract the attention of many, and of course, it is a case of great interest. For this reason, Netflix has the premiere of this film of more than an hour and a half in duration. The plot is based on the real friendship between Ana Frank Y Hanna Goslar, which recounts their relationship since the Nazi occupation in amsterdam until their harrowing reunion in a concentration camp.

The film will be available from today February 1

The second season of this Mexican series premieres on Netflix tomorrow, February 2. The story of drama, crime, suspense and mystery continues, While Alma tries to rebuild his life, an explosive reunion with Darío and one surprising tragedy, unleash a new and disturbing game of mirrors and unexpected twists.

Don’t miss the premiere of this series on February 2.

It is a film for young audiences or for those who like unexpected love stories. The Netflix film based on the book of the same name by Ariana Godoy, addresses the plot of attraction that Rachel feel for your neighbor, Ares, which without thinking becomes something else when he begins to fall in love with her, despite the objections of his family. This tape will be available from February 4.

It is a Netflix drama mini-series based on a true story. The plot is about a reporter who investigates how a young woman named Anna Delvey, deceived the entire elite of New York convincing them that she was a German heiress. Find out if this woman is a bold businesswoman or a fraud artist?

This series will be available from February 11.

For those who prefer to know more about entertainment celebrities, this documentary will keep them interested in rapper Kanye West, now Kanye “Ye” West.

The lives of a rising superstar and a filmmaker meet in this intimate three-part documentary, about Kanye West’s professional career.

It will premiere on Netflix on February 16.