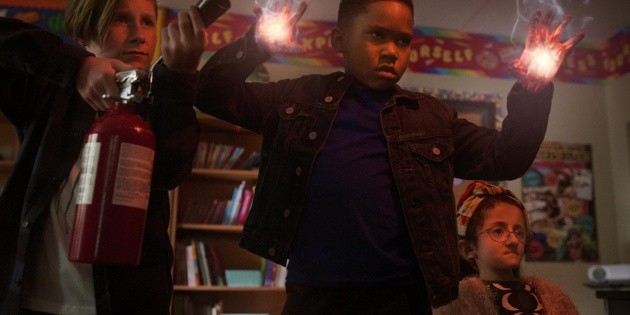 A new month. new premieres of series and movies. Netflix celebrates the arrival of February 2022 with premieres for its subscribers and here we tell you what they are about.

Nicole continues to raise a son who has a lot to learn about his superpowers. And though Dion is growing stronger, danger could be close at hand.

In the new installment, Netflix presents us with 8 more chapters of this incredible story starring Aisha Wainwright, Ja’Siah Young and Jason Ritter, among others.


Based on the true friendship between Anne Frank and Hannah Goslar, from the Nazi occupation of Amsterdam to their harrowing reunion in a concentration camp.

“My best friend Anne Frank” has a duration of 1 hour and 43 minutes. It stars Josephine Arendsen, Aiko Mila Breemsterboer and Roeland Femhout, among others.


The ninjas are back in action when the Great Tyrant plans to escape from the diverse and wreak havoc with the help of an army of nindroids.

The ninjas head out to sea to explore Nya’s powers and her connection to a mythological creature, while new villains await.

Polly and her friends have miniature solutions for big challenges, like an animal adoption event and a regatta.

check too the complete list of series and movie premieres coming to Netflix throughout the month and, if you are still curious, we leave you the list of January releases.