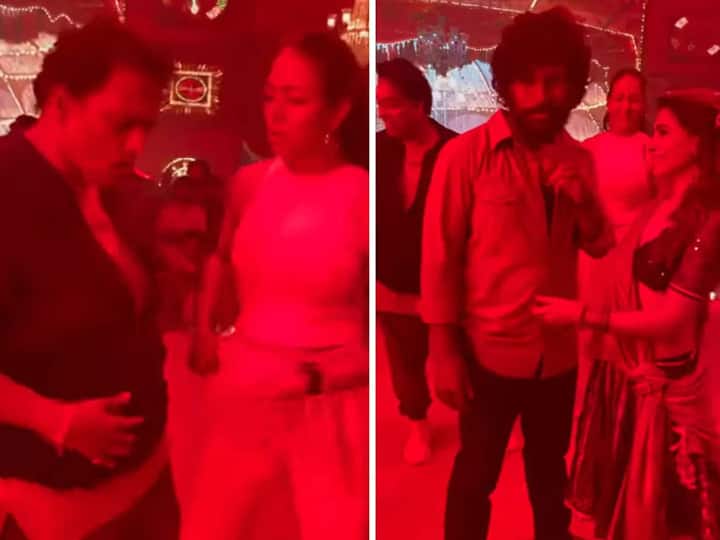 Pushpa: The Rise Making: The song Oo Antaava from the film ‘Pushpa: The Rise’ has been a top chartbuster for a long time. Ever since this song was released, it has been on everyone’s tongue. The excellent choreography of the song has made it more special. Let us tell you that this song has been choreographed by famous Bollywood choreographer Ganesh Acharya.

How did Ganesh get a chance to make Allu Arjun and Samantha Ruth Prabhu dance on this superhit song? He himself has disclosed this in an interview.

Ganesh said, the film was to release on December 17 and Allu Arjun called me around December 2 or 3 and said that Masterji, we want you to choreograph this song for us. I told him that it is very short notice and I have cataract surgery only yesterday but then the producers themselves talked to the doctor and convinced me to choreograph the song by pushing the surgery date. We rehearsed for the day and then the shoot started. I choreographed Samantha for the first time. On the sensual choreography of the song, Ganesh Acharya said that he does not believe in exposing too much. There are many ways to show sensibility. I don’t believe in over exposure. If the lady lifts the sari even a little from her foot, then she can look sexy. Attitude is enough to look sensual. Both Samantha and Allu managed to bring a different kind of attitude to the song, so this song has become so successful. Let us tell you that this is the first item number of Samantha’s career and after much persuasion by Allu Arjun, she agreed for it.

South Stars Fees: Some 100 crores or 150 crores, these superstars of South charge so much for a film