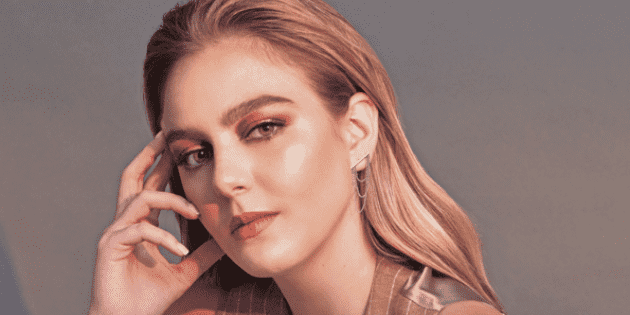 Looking ahead to the premiere that Netflix will have of the second season of the series “Dark Desire”, the actress Regina Pavón, one of the protagonists, in an interview with EL INFORMADOR, gives some clues about the dramatic changes that this story, also starring Maite Perroni and Alejandro Speitzer, will have its new episodes starting this February 2nd.

Regina Pavón, who has become one of the most popular faces of young talent in Mexico, by also leading projects such as “Monarca”, for Netflix, a talk about the personal and professional learning she has had with the suspenseful and passionate thriller of “Dark Desire”, which after its debut at the Latin American level in 2020, positioned itself as the global top of the platform.

“We are very excited, because the writers did an amazing job of bringing all the characters back together that were already in the first season, now in a single conflict after they ended up shot in different areas and that due to the coherence of the characters they would not come together again, but I think they created a brutal strategy that will keep the viewer in awe”.

Giving life to “Zoe Solares”, daughter of “Alma” (Love perroni), Regina Pavón highlights the impact that this character has had by putting priority issues on the table for new generations such as exploration, social identity and what happens to family relationships when there are secrets involved.

“It is a process of discovery of each one of the characters, they let themselves be guided by their base instincts, by what they want, they get confused. There will be a lot of passion, intrigue, suspense, there are deaths, many things that were liked in the first season, but now taken to the limit.

Passionate about her story

Although Regina Pavón has gone through countless characters and genres such as comedy and drama, the actress highlights how her career has been directed towards stories that really try to offer a more realistic vision, especially in those characters that have the potential to talk about the importance of self-discovery: “It is important to touch on mental health issues; we need to introduce characters who have mental illnesses. It is necessary to build more and more real and complex characters, as people really are, touching on issues that are important to me, such as empowering women, that together we can do our bit.

He makes a pair with Andrés Palacios

One of the most recent works for Regina was the filming of “Sweet obsession”, a film directed by Raúl Caballero, which on February 14 had its exclusive premiere for the platform “Equal”, in the United States, and that in the coming months it will reach the Mexican audience through Amazon Prime Video.

“Andrés is an actor I have known for a long time and the truth is he is a great guy, working with him is a joy, he knows how to laugh at life, I am also with María Elisa Camargo, whose work I have admired for a long time, but I had not been able to working with her, we became very close friends. I connected with a lot of people, father, I really appreciate the colleagues who offer you their friendship, but who are also very professional”.

In this project, Regina Pavón reaffirmed that challenge of betting on stories that are empathic with the public, referring that his character has developed from anxiety, a situation he has personally gone through and that now allows him to deliver an interpretation closer to reality and in this case offer a very special and emotional gift to Latinos living in the United States.

“My character suffers from anxiety, it was the way I connected with, because I find it interesting that my character has that and so do I, that I have a benchmark that I understand how he feels, what it is like to live with that, it is to be able to bring life to something that you have as a reference, but also to be able to turn it around and take it to another side”.

“There will be a lot of passion, intrigue, suspense, there are deaths, a lot of things that were liked in the first season, but now pushed to the limit.”