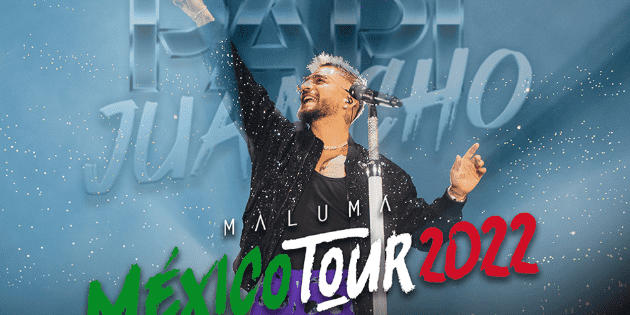 As part of “Papi Juancho: Mexico Tour 2022”, Maluma will be presented this year in five states of the republic: Monterrey, Jalisco, Querétaro, Baja California and Mexico City.

This year the country will hear a lot from Maluma thanks to the Mexico Tour 2022 with which the Colombian singer will tour at least six cities.

The singer has announced through his social networks that his series of presentations will begin on May 20th in Queretaro.

Papi Juancho will offer a show the next day, May 21, in Monterrey, Nuevo León, as part of the Power Fest.

On May 28, he will offer a concert in Tijuana, Baja California and the following month, the day June 4 will be presented at the VFG Arena from Guadalajara, Jalisco.

To Mexico City, the singer of “Hawai” It will arrive on June 11 with a mega-concert at Palacio de los Deportes.

It will be for August 14 and 21 that Maluma will perform the two weekends in which the Baja Beach Fest will take place in Rosarito, Baja California.

The “Papi Juancho” concerts will be 360 degrees, just like the ones it offered in the United States last year.